The Next Frontier for Clean Natural Gas Technologies

The U.S. oil and gas industry has been instrumental in the recent landmark reductions of greenhouse gas emissions seen across America. Enabled by ultra-productive natural gas harvesting methods, clean burning natural gas replaced coal as the leading source of U.S. electricity — driving a 28% drop in grid emissions since 2005.

The carbon reduction strides made by the natural gas industry are impressive, and another transformative technology is on the frontier poised to do even more: carbon capture. A new report published by the National Petroleum Council (NPC) – a federal advisory group with members from BP, Valero and most oil and gas producers – identified the vast economic and environmental benefits carbon capture can deliver, and federal actions that could accelerate commercial carbon capture development. The NPC establishes a vision of capturing 400 million metric tons of carbon dioxide each year (that’s more than half the emissions produced by all U.S. cars). The report comes on the heels of a federal carbon capture credit extension that has stimulated new commercial interest in natural gas power with carbon capture, including public-private partnerships to hash out key engineering issues for 4 projects across the country. 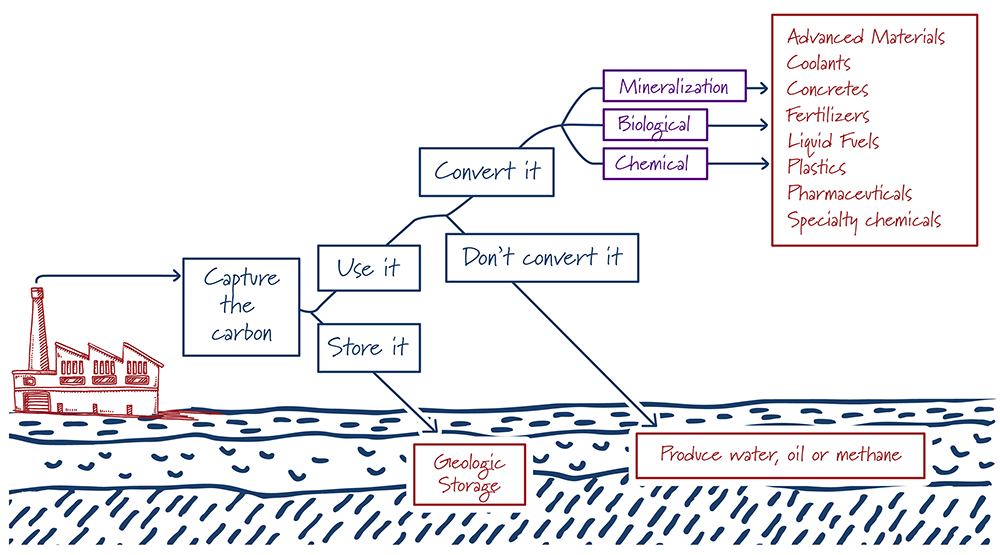 #1: Natural gas power plants with carbon capture can be key components of a clean power grid

The utilities who have committed to cutting out emissions by 2050 have identified carbon capture and other zero-carbon dispatchable power as key enablers. For example, Southern Company emphasizes the importance of carbon capture, along with renewable energy with storage, hydrogen and advanced nuclear technologies. 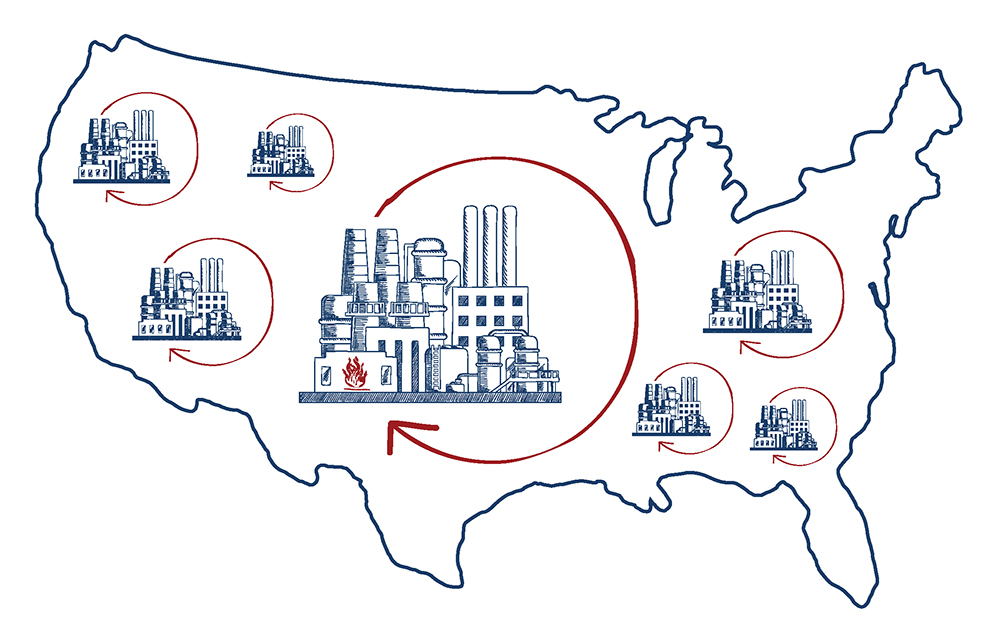 Duke Energy recognizes that natural gas infrastructure will be required to facilitate a low-carbon future.

“The company expects to achieve substantial reductions in carbon emissions with today’s technology, but will need new technologies to achieve net zero… These include longer-lasting energy storage (months rather than hours), commercial-scale and cost-effective carbon capture and storage, and new nuclear technologies.”
– Duke Energy sets sights on net-zero carbon by 2050 (September 2019)

Even in sunny California, natural gas with carbon capture was identified as the largest environmental opportunity in the power sector — by an organization started by President Obama’s former Energy Secretary. Studies by renowned energy forecasting authorities, including the International Energy Agency and MIT, share similar findings. They recognize the important role carbon capture and other clean “dispatchable” sources, such as nuclear power and geothermal energy, can play in meeting environmental goals.

Natural gas with carbon capture is one of the most affordable sources of clean, dispatchable power technology, according to the Energy Information Administration (EIA).

The EIA is not alone: an exhaustive study by the Department of Energy reports similar carbon capture costs. Retrofits of existing power plants will likely be even cheaper because reduce costs by leveraging existing infrastructure. Although capturing a ton of carbon dioxide at natural gas power plants is relatively higher cost than some other sources, it can deliver clean power at affordable rates because there isn’t as much carbon dioxide to capture to begin with. Similar to how it’s harder for professional athlete to lose an extra pound versus a couch potato, its relatively harder for a clean burning gas plant to capture a pound of emissions than at a higher emitting power plant. 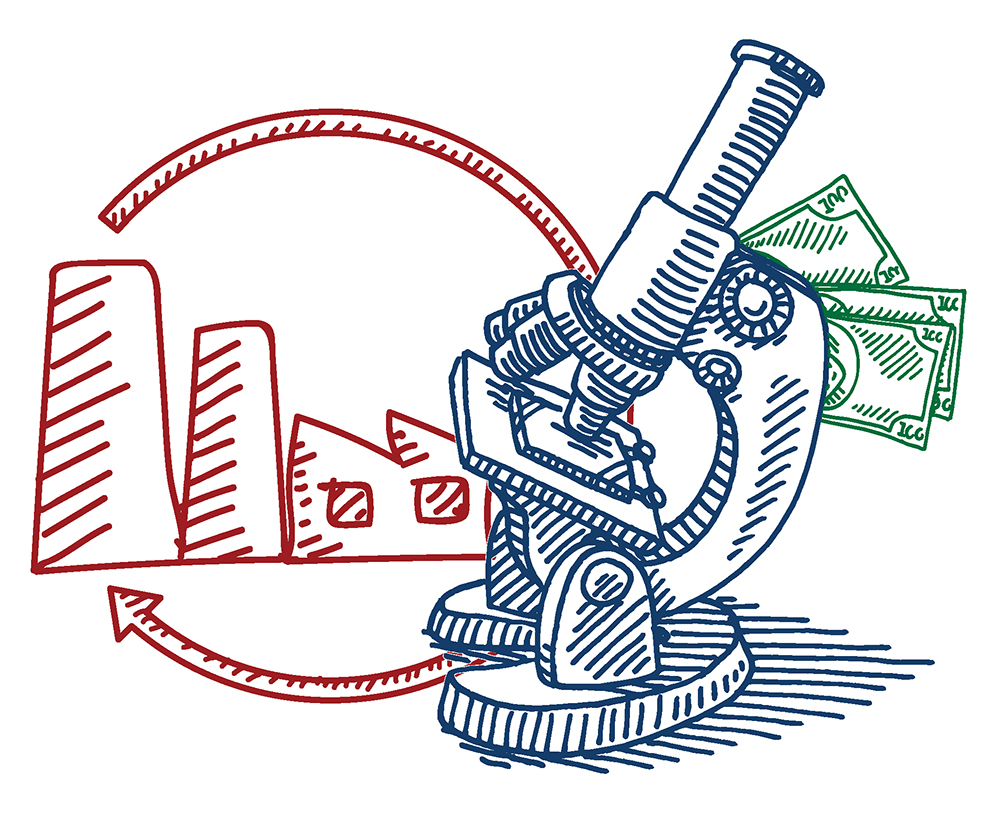 Concurrently, EIA’s projections (and those in the NPC report) are conservative because they do not consider the sizeable benefits of future innovation, continued cost declines, or prime ‘low-hanging fruit’ projects. Nor do the NPC estimates include the promise of game changing new technologies such as the NET Power Allam Cycle, an overhauled natural gas power plant that captures emissions as a by-product of running. Accelerated cost declines can stimulate dozens of carbon capture projects at power plants — which can cut power prices, add over $47 billion to the U.S. economy and add over 400,000 jobs to the U.S. economy.

To drive these cost reductions, the NPC report highlights three potential areas for improvement: (1) research, development and demonstrations (R&D), (2) incentives and value, and (3) enabling rules and regulations. These concepts are reflected in a variety of bipartisan bills such as the EFFECT Act, USE IT and the Carbon Capture Modernization Act.

The NPC report is just the latest of many proof points of the broad benefits carbon capture delivers, and the diverse coalitions that have mobilized around it.