In the three years Petra Nova has captured over 3 million tons of carbon dioxide and shows that with smart public private partnerships, the U.S. is able to innovate and deploy commercial scale projects to make clean energy more affordable. In Texas, carbon-free resources make up more than 30 percent of its energy generation. Even in the state of Texas, home to the largest U.S. wind power plants, Petra Nova is in the top ten percentile of largest clean energy sources.

How does Petra Nova work? 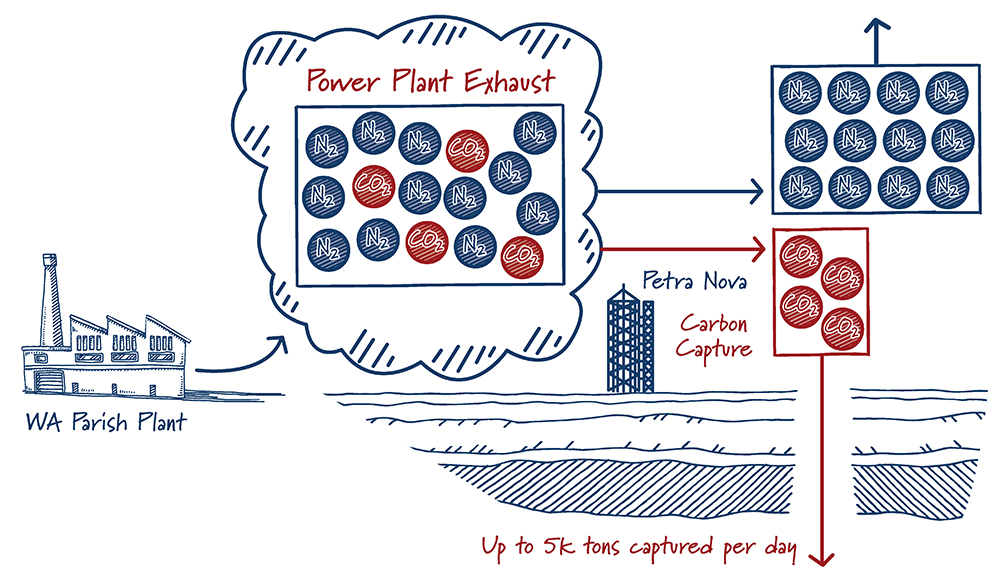 Bigger and Better
In September 2019, the Mitsubishi-Department of Energy duo announced they’d team up again at an Illinois coal plant called Prairie State. With the operational lessons learned at Petra Nova and continued R&D, the planned project will be more than three times bigger — incorporating lessons learned and an improved chemical capture process. In all, the project estimates it will capture 5 million tons of carbon dioxide each year, the equivalent amount produced by over 1 million cars.

How will it lower costs? (1) smaller equipment and less steel, (2) an optimized layout, and (3) a more efficient chemical capture solution. Adding up the savings, upfront costs can be cut by an estimated 30%. This will materialize in hundreds of millions in cost savings relative to the Petra Nova project. What’s more: another proposed carbon capture project in New Mexico, led by Enchant Energy, recently signalled it will use Mitsubishi’s technology. 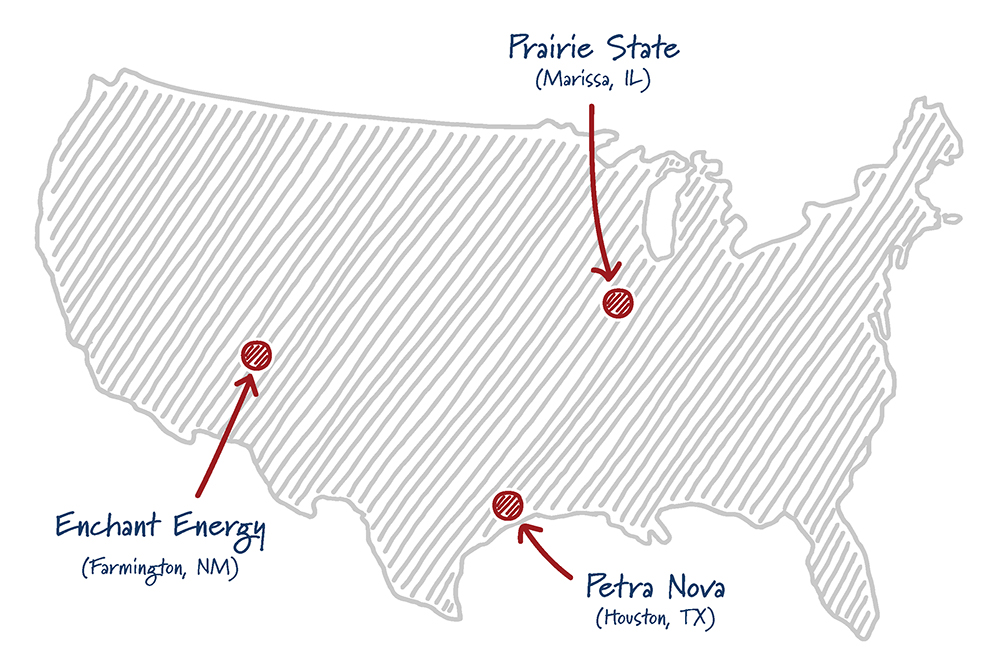 The Prairie State coal plant is one of the newest in the U.S. coal fleet, creating enough electricity for over 1 million U.S. homes. While you often hear politicians chastise coal, the reality is that coal plants exist and are continuing to be built around the world. Thus, creating more carbon capture projects like Petra Nova and Prairie State are crucial in combating climate change. Coal provides low cost energy in much of the world still, and places like China, India and Indonesia are building hundreds of new coal-fired power plants. Instead of focusing on killing coal, innovators should be focused on ways to make carbon capture more affordable and scalable in coal-dominant regions.

The Illinois legislature has passed forward thinking policy, allowing a very narrow definition of carbon capture to play into its clean energy goals. There’s hope broadening it can allow coal with carbon capture to contribute. Illinois has led on multiple carbon capture policy fronts in the past, such as shepherding the first successful U.S. Environmental Protection Agency carbon sequestration permit for an Archer Daniels Midland carbon capture project.

As the Prairie State and Enchant projects look to move from the design to construction phases, the abundance of early traction is a great sign that Petra Nova will not be an only child.