It is an exciting time for nuclear energy in the United States. 2019 brought about numerous milestones, like the launch of the National Reactor Innovation Center and initial Nuclear Regulatory Commission action on advanced reactor licensing. Building on that momentum, Congress closed the year out with the enactment of a landmark FY2020 government funding bill that greatly supports advanced reactors. Much has been made about the nearly $1.5 billion given to the Department of Energy’s (DOE) nuclear efforts, and rightfully so, but there was also a first of a kind program nestled in the Department of Defense’s (DoD’s) funding bill to demonstrate a microreactor.

A microreactor is simply a very small nuclear reactor — a fraction of the size of the current operating reactors that we are used to seeing — that according to the John S. McCain National Defense Authorization Act for Fiscal Year 2019 can generate between 1 to 50 megawatts of electricity. By comparison, a large light water reactor can produce over 1000 megawatts of electricity. This program, called Project Pele, is spearheaded by the DoD’s cutting-edge Strategic Capabilities Office (SCO), and could lead to breakthroughs for the future of advanced nuclear. It has not received as much coverage, but fits into the bigger picture and could demonstrate a non-light water design by 2023 while yielding numerous benefits for the industry at-large.

In recent years, the DoD has explored the energy and national security benefits that microreactors could bring to the U.S. Military. Starting in 1954, the U.S. Navy has used small nuclear reactors to power aircraft carriers and submarines. Other branches are also seeing the tremendous value of the 24/7 reliability you get from nuclear power. A 2016 report from the Defense Science Board to the DoD focusing on remote operating bases recommended that the DoD consider the use of microreactors. In September 2018, the DoD kick started the process and a U.S. Army-led study recommended a DoD prototyping effort by the SCO. On January 22, 2019, the Request for Information (RFI) was published for, “the first phase of what is anticipated will be a multi-phase prototype project for a small mobile nuclear reactor.” The “Micro Nuclear Reactor Program” received $70 million in funding in the FY2020 DoD budget allocation.

Why Does this Matter?

So why is this DoD program important, especially compared with the variety of advanced reactor programs at DOE? The key to unlocking the exciting potential of advanced nuclear and de-risking development is through demonstrations. There are a number of private sector companies developing advanced reactor designs, but it all comes down to demonstrating the technology since decarbonization without the right set of tools is extremely difficult if not impossible.

Diesel Generators Are the Primary Source of Electrical Power for U.S. Military Units 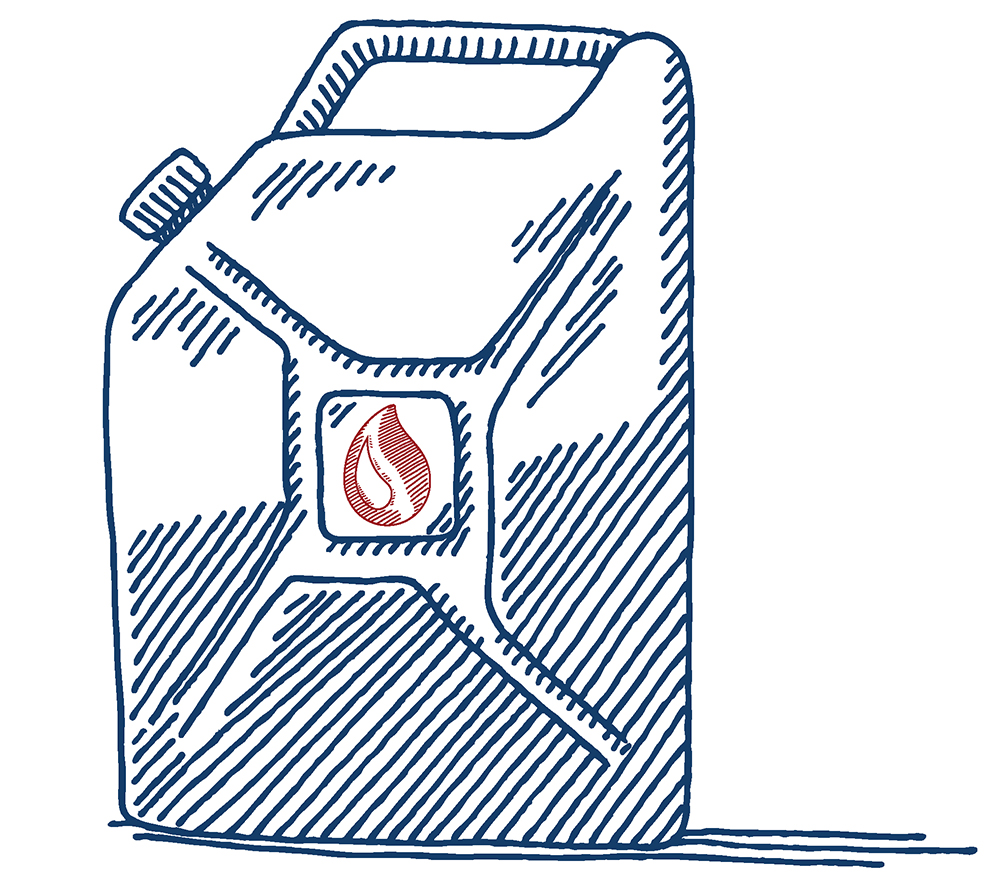 Notably, the DoD program could be one of the first demonstrations of an advanced reactor in the United States. The technology that the program is looking to develop has the ability to not only meet the DoD specific needs such as fuel supply reliability, reducing casualties, and supporting humanitarian efforts, but can help with military decarbonization and broadly push the private advanced nuclear industry towards commercialization.

Based on the timeline, funding amounts, and goals, the DOE Advanced Reactor Demonstration Program, which received funding in the FY2020 government funding bill to build two demonstration advanced reactors within five to seven years, will more than likely be “larger” and more complex advanced reactor designs. The DoD program, with its more aggressive timeline, has the ability to be cross cutting and leveraged by not only the two DOE demonstration reactors, but the rest of the commercial advanced nuclear industry. There are many advanced nuclear designs in development within the U.S., and there are synergies such as fuels and materials between many of the technologies.

In March 2020, the DoD awarded three vendors — Westinghouse, X-Energy, and BWX Technologies (BWXT) — contracts to begin design work. Each vendor will have the opportunity to complete a full-scope reactor prototype engineering design which will take up to two years. Afterwards, DoD will assess whether one of the companies can meet the necessary safety requirements and build a prototype. The development of the “defense” versions of these designs will help each company with their similar civilian microreactor design, or the larger versions of their advanced reactor designs.

Qualification of components, especially fuel, is the first area where the DoD program can help address supply chain issues and answer broader technical questions for the entire industry. Fuel supply and fuel qualification are two of the most challenging aspects to bring any design to commercialization. Similar to the majority of proposed commercial advanced reactor designs, these three reactors will use High Assay Low Enriched Uranium (HALEU), or fuel enriched above 5 percent but below 20 percent.

A challenge for vendors wanting to use HALEU is that there are currently no commercial U.S enrichment capabilities for HALEU, although there are short term production efforts that are just getting underway. Demonstrating a reactor design that utilizes HALEU should prompt the nuclear fuel cycle industry to invest in establishing production-scale capabilities. Similar to HALEU, several commercial advanced reactor designs plan on using TRIstructural-ISOtropic (TRISO) fuel. TRISO fuel is derived from HALEU and is well below weapons grade material, therefore reducing any proliferation risks. A successful program could increase market demand and help private companies grow their TRISO fuel production capabilities like BWXT and X-Energy recently did. Finally, the need to transport HALEU and TRISO to where the reactor is being constructed will also require the development and approval of transportation packages. In short, the DoD’s effort to develop a microreactor and the necessary nuclear fuel can create a market demand that is applicable to the civilian industry.

Similar to fuel, another important area that will overlap with commercial development includes qualification of instrumentation and controls in the required temperatures, coolants, and radiation environments. Furthermore, areas such as operations, inspections, and radiation protection will need to be developed. Even for the designs that are not selected for demonstrating the prototype, a lot of work that was accomplished should still carry over.

A second important area that should be supported is effective construction. The DoD should incorporate any lessons learned from the recent civilian nuclear construction, and the U.S. Navy can also provide a wealth of nuclear construction experience. Furthermore, the DoD has a unique opportunity to incorporate advanced construction techniques that are currently used by other non-nuclear industries. The DoD, as well as the two DOE demonstration reactors, can prove out these construction techniques for the nuclear industry. If the U.S. will have a variety of commercialized reactor technologies of different types and sizes, then it will need a robust manufacturing community to support construction. Of course some of these defense microreactors may have unique components or materials to meet specific design requirements such as transportability that are not needed for the civilian version, but growing broader U.S. manufacturing capabilities is important regardless of the end user. 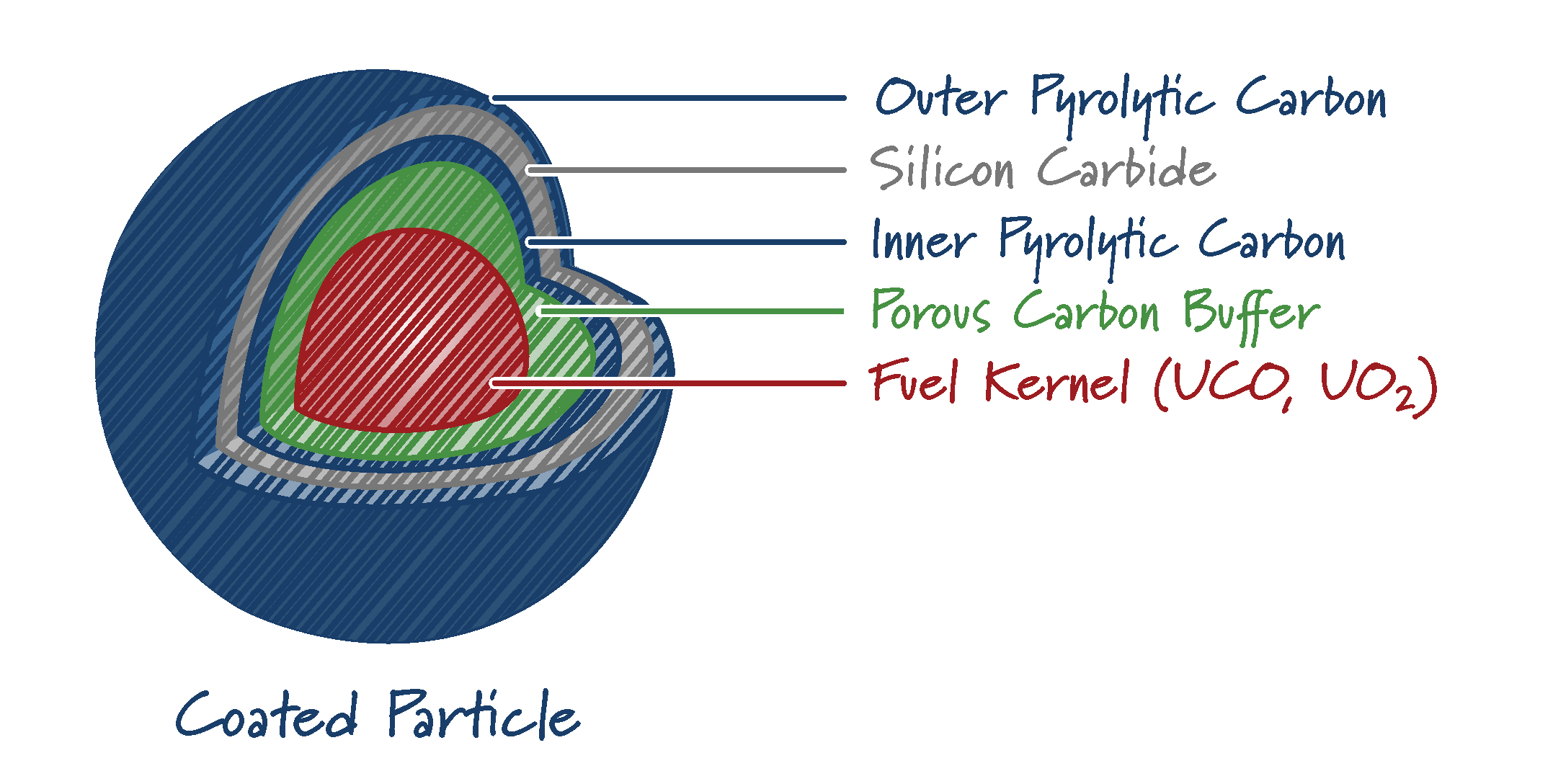 Any early demonstration reactor in the United States can help with a third necessary requirement for commercial operation — licensing. Recent collaboration between the DOE and the Nuclear Regulatory Commission (NRC) on topics like the Versatile Test Reactor and advanced nuclear innovation provide a framework for how these two entities can cooperate with DoD. As the three vendors continue to develop their designs in collaboration with DOE and DoD, the NRC has the opportunity to think proactively on microreactor policy questions, reasonable licensing basis events selection, the resources required to review these smaller designs, and any technical areas that may need less (or more) review based on their safety significance. Similar to the technical areas discussed earlier, many of these policies will have broader implications and support the NRC being able to license all types of advanced reactors. One example is that the NRC is currently reviewing a topical report on the use of TRISO fuel. The approval of this topical report supports the DoD microreactors and any civilian or demonstration reactor that uses TRISO fuel.

The resources and expertise of the DoD, DOE, and industry are a mighty combination, and a demonstration program that can support commercialization is exactly what any technology — not just nuclear — needs to be successful. The DoD’s Project Pele should be on everyone’s radar and viewed as an important element of the broader U.S. strategy to decarbonize and develop advanced reactor technologies.