If You Permit It, They Will Build

We’ve all heard about the Biden Administration’s mission to “Build Back Better,” and it’s obvious they want to accelerate a clean energy transition; but right now, we can only build new clean energy projects and reduce carbon emissions as fast as we can permit these projects. If we are to truly build back better, the mission ought to be Build Cleaner Faster.

Environmental Reviews Are Slowing Down
the Federal Permitting Process 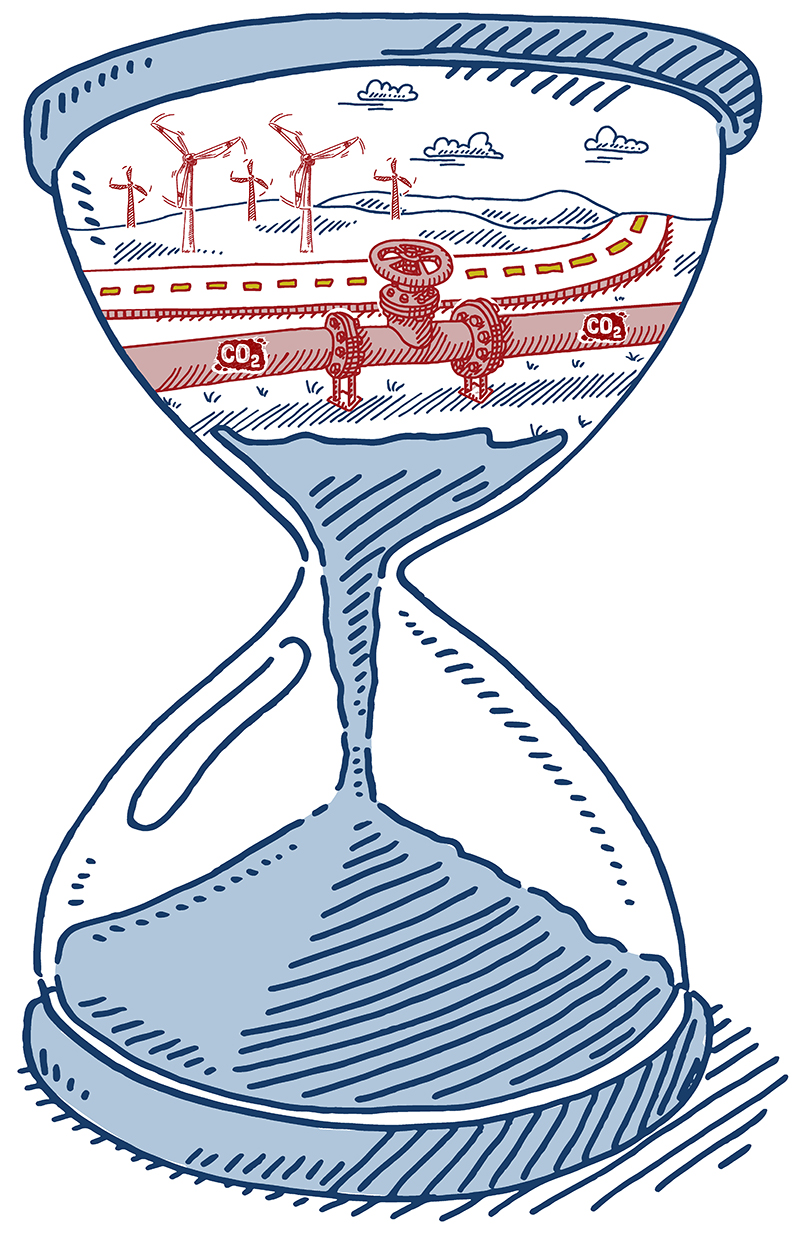 Modernizing the federal permitting process is one of the most significant actions policymakers should take. Over the decades since the U.S. enacted environmental reviews, the process has worsened. It’s costly and ineffective, slowing down progress, and becoming a tool to delay or kill projects without providing a better outcome for the environment. From wind farms to gas pipelines to public infrastructure like roads, bridges, and airports, the process has been misused to block development and investment in critical projects. The most impactful and important infrastructure projects are the ones the process slows the most. The irony? Delays to good projects result in delays to the environmental and economic benefits that could improve Americans’ quality of life.

Modernization of the federal permitting system must keep pace with the transition to a clean energy economy, which will require transformational changes to our infrastructure in what will be the largest continental construction project in history. While achieving decarbonization goals may be ecologically essential, technologically feasible, and economically achievable, it is procedurally impossible under the current system.

It’s Not Easy Being Green

A few very obvious examples of the delays and cancellations that have resulted from the permitting process and associated regulatory and legal battles are the Atlantic Coast, Keystone XL, and Dakota Access pipelines. The transition to a clean energy economy will require tens of thousands of miles of new pipelines carrying clean fuels, such as hydrogen, and captured carbon dioxide from power plants and industrial facilities. If these recent challenges serve as an indication for the future of all pipelines, siting pipelines will be nearly impossible.

But the permitting challenges go far beyond oil and gas.

The Biden Administration recently announced a goal of 30,000 megawatts of offshore wind capacity by 2030. The U.S. today only has 42 megawatts of offshore wind, requiring a scale-up 700 times the size of current capacity to achieve that goal. But choppy seas are ahead for offshore wind if the past serves as a prelude. Look no further than the Cape Wind project, which aimed to kickstart offshore wind development in the United States. After years and years of permitting and litigation losses, the project was deemed impossible to complete. Most recently, the Vineyard Wind project, the first large-scale offshore wind project in the United States, finally received approval from the federal government after what seemed to be an endless permitting process.

To Reach Decarbonization Goals, The U.S. Will Need
To Significantly Scale Up Carbon Capture 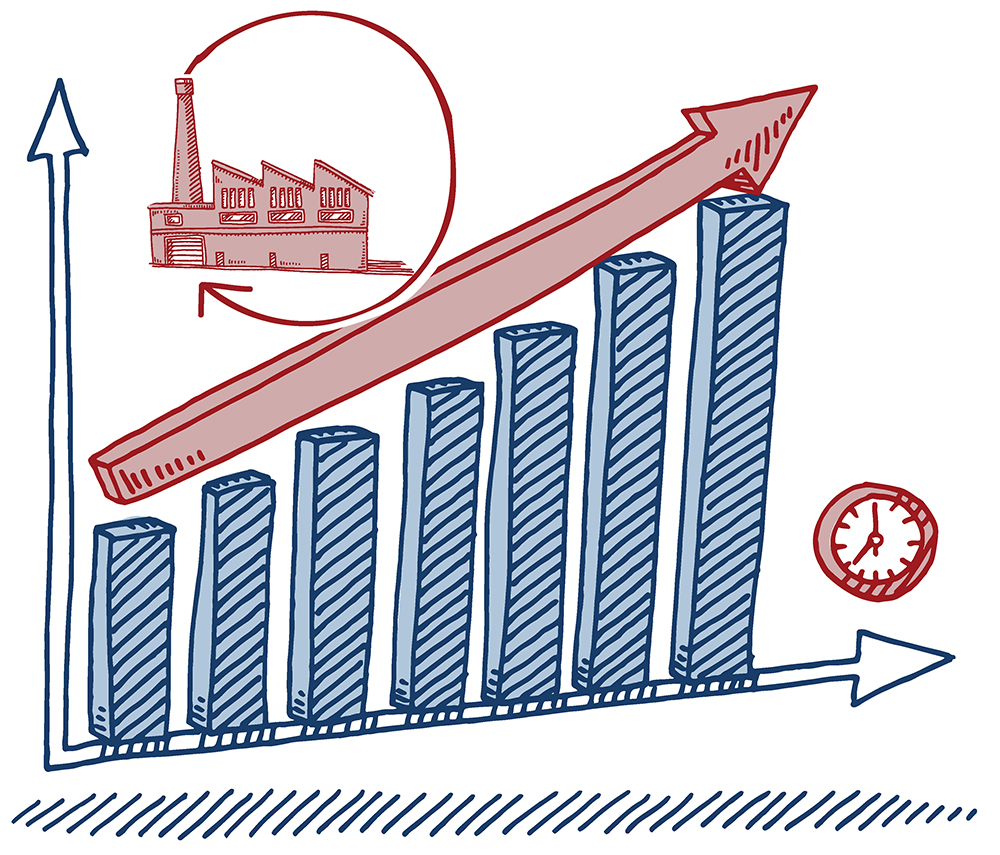 To reach decarbonization goals recommended by the Intergovernmental Panel on Climate Change (IPCC), the U.S. will also need to significantly scale up carbon capture, and unprecedented rates of carbon will need to be either sequestered or utilized. Recently, a group of environmental organizations requested the initiation of an environmental impact statement process for retrofitting the San Juan Generation Station in New Mexico with carbon capture technology. This process could take years, delaying the ability of the project to begin sequestering carbon, and slowing the speed of reducing carbon. The longer the permitting process takes, the longer facilities will continue to emit greenhouse gases unabated.

Hydroelectric projects have also faced their share of challenges. Pumped storage hydropower is by far the largest source of energy storage on the grid today, but long permitting times have been a key factor in hampering new pumped storage hydropower development. Energy storage is essential for maintaining an affordable and reliable electric grid, and it is an important domestic resource that does not depend on foreign supply chains.

As the U.S. becomes increasingly electrified, we will need new transmission infrastructure. Americans for a Clean Energy Grid recently released a report highlighting 22 shovel-ready projects that would increase America’s wind and solar generation by nearly 50 percent, but are currently stalled. These delays stall access to affordable, reliable, and clean sources of energy, and also impact economic development and grid resiliency.

Not in My Backyard

This is not only a federal permitting problem. States and municipalities, key players in most project permits, are hitting roadblocks too. Even Seattle and California, typically viewed as “climate leaders,” tried launching ambitious goals for electric vehicle infrastructure, but due to siting issues and slow and inconsistent permitting processes, both localities are coming up short.

Columbia University recently released a distressing report highlighting the policies in each state that confound the siting of renewable energy projects. The statistics are astounding – their research found 100 restrictive local policies and 152 contested renewable energy facilities. While 24 states and D.C. have established greenhouse gas emission targets, many of which are net-zero goals, nearly 60 percent of those states have either a state policy or local law/ordinance that inhibits development of renewable energy projects. “Not in my backyard” has become “not in my state.”

The Path to Success

The current permitting process is of concern if the U.S. is to meet these ambitious climate goals and spur economic growth. It is essential the federal government streamline the process to more quickly push through decarbonization projects. The good news: a number of legislative proposals to modernize the process are being written as we speak. A group of policymakers, experts, and practitioners convened by the Aspen Institute recently released a report, “Building Cleaner, Faster,” addressing the need to streamline the current environmental review and permitting system to enable the buildout of decarbonization infrastructure with the scale, speed, and predictability the climate crisis requires. The group endorsed four critical paths to success:

At ClearPath, we believe streamlining the permitting process is feasible without changing any of the environmental protection laws, introducing more regulation or new taxation, or revoking the public’s opportunity to be involved. The need to act is urgent, and can only be done if there are efforts to Build Cleaner Faster.