It’s understandable to lose track of every nook and cranny in the massive budget deal Congress recently approved, including an important revision and extension of a key carbon capture incentive (more on that HERE).

But embedded in that deal was another update to the tax code too important to overlook. In fact, it is the most impactful congressional action to propel the future of nuclear energy in more than a decade: A guaranteed tax credit for more than 3,000 MW of new advanced nuclear!

Lawmakers included a bipartisan plan – led by Reps. Tom Rice (R-S.C.) and Earl Blumenauer (D-Ore.) and senators such as Tim Scott (R-S.C.), Johnny Isakson (R-Ga.) and Cory Booker (D-N.J.) – to fix the 45J nuclear production tax incentive. (We previously talked about this fix last year as a necessary response to the suspension of the VC Summer reactor construction).

The reform package included three central components: eliminating a 2020 placed-in-service deadline, improving its transferability so all types of power providers can utilize it to build new nuclear power plants, and simplifying the qualification process providing more certainty to investors. 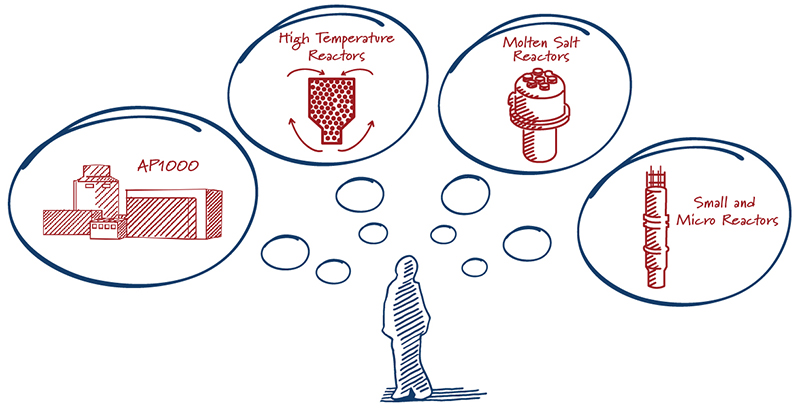 What does this do exactly?

It frees up the credit to be used not just to help complete Georgia Power’s Plant Vogtle AP1000 reactor project – the first new U.S. nuclear order since 1979 – but also advanced technologies that are the future of nuclear energy. We have long advocated for a technology-neutral credit to allow development of a number of competing advanced reactor technologies, which can all play very different roles in our energy sector. 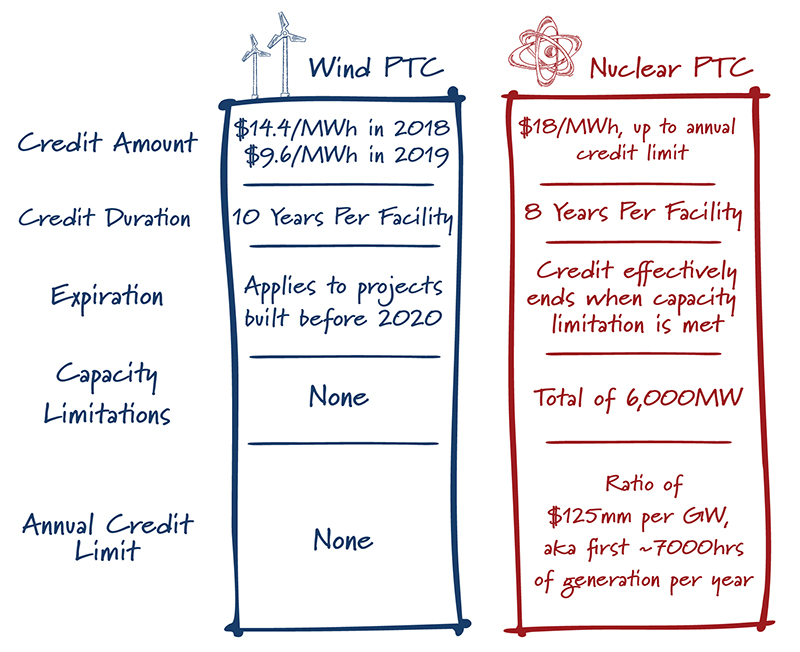 As many proposed advanced nuclear designs are much smaller than existing reactors, the 3,800 MW of capacity goes a long way. It’s enough for the advanced nuclear technologies listed above, or many other variations. The most important part is that 45J is not limited by either technology or time — simply the first facilities to market can claim the capacity.

Since its fix, this credit is perfectly designed for stimulating nuclear investment. With a capacity allocation now framed by those placed first in service, the credit offers a reward for first movers that only pays once the project delivers.

But wait, what about Vogtle?

While we primarily focus on advanced reactors, the 45J fix was the final federal action needed to complete Vogtle. Finishing Vogtle maintains our nuclear construction workforce and allows us to mount competitive bids for nuclear exports internationally in areas with large power demand like Saudi Arabia – at least until advanced reactors are ready for market. With all policy pieces now in place, the Vogtle expansion will potentially be in service by the end of 2024.

What else do we need for advanced nuclear?

The tax credit on its own is likely insufficient.

While there’s still a lot of work to be done, bipartisan support for nuclear continues to grow and there are more advanced nuclear companies actively engaging the NRC than ever before. The future for advanced nuclear is bright, as long as we don’t stand in the way.