Posted on November 21, 2022 by Matthew Mailloux 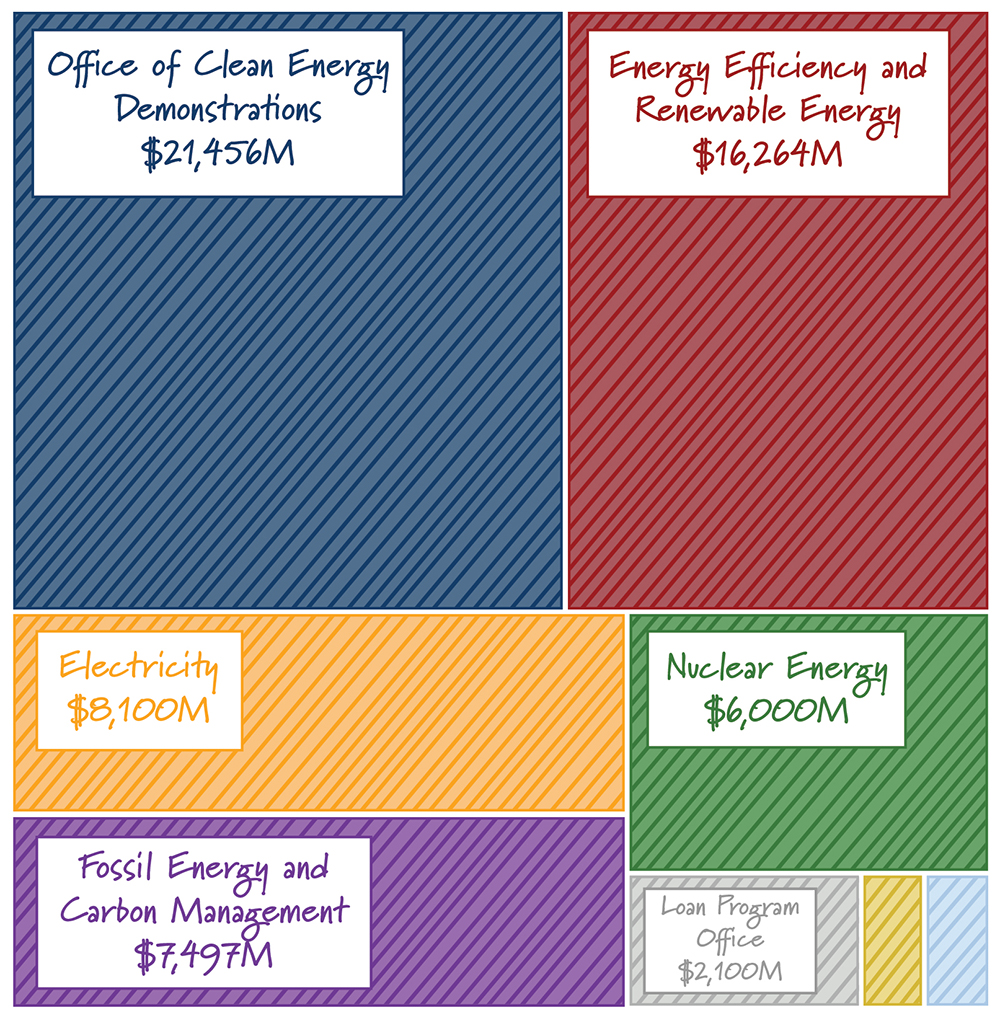 November 2022 marks the first anniversary of the bipartisan Infrastructure Investment and Jobs Act’s (IIJA) robust investments in energy demonstration projects. This law, and its forerunner the Energy Act of 2020, both earned broad bipartisan support to invest in American infrastructure innovation and pave the way for America to once again lead the world in breakthrough clean energy technologies.

With great investment comes great accountability. ClearPath has been actively tracking the programs authorized by the Energy Act of 2020 and funded through the bipartisan infrastructure law. These investments include more than $62 billion in energy programs at the Department of Energy (DOE). The majority of these programs are located in the new Office of Clean Energy Demonstrations (OCED), which received more than $21 billion in funding through the IIJA. ClearPath provided implementation recommendations for key demonstration programs that will be critical for innovative new technologies including advanced nuclear, carbon capture and storage, hydrogen hubs, enhanced geothermal systems, and critical mineral production to reach commercial viability. Continued engagement with the private sector will be essential to ensure these programs are structured for success in these critical public-private partnerships. 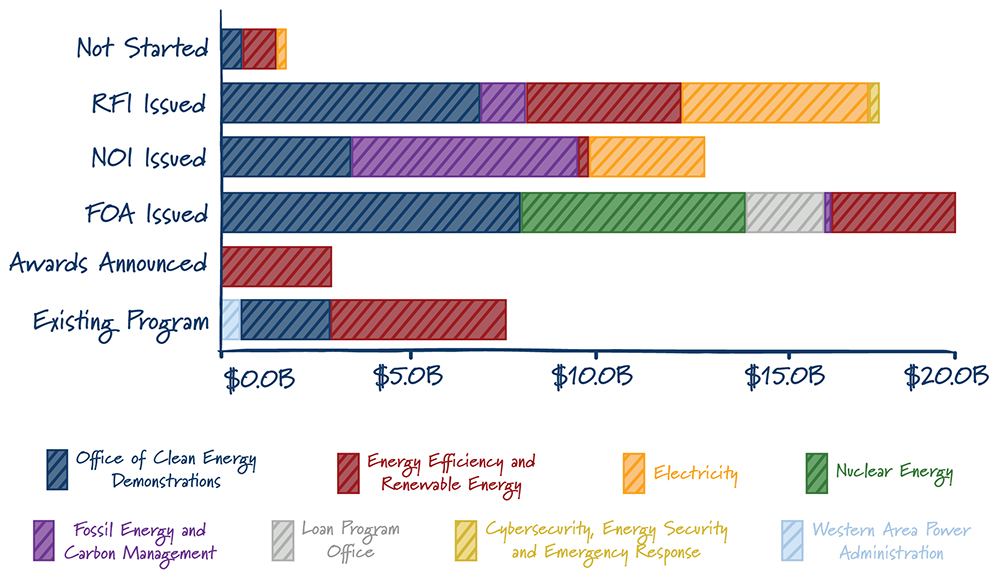 Over the course of the first year, the Department has taken the initial steps, including receiving public comments and stakeholder feedback, to stand up dozens of new programs. ClearPath has helped facilitate stakeholder discussions with utilities, oil and gas companies with carbon capture expertise, and hydrogen developers. The Department has been measuring progress through issuing Requests for Information and Notices of Intent for $32 billion worth of programs, but has yet to open competitive application periods for the majority of these programs, including the much-awaited Direct Air Capture and Carbon Capture Hubs programs. Major funding opportunities, like the Hydrogen Hubs and civil nuclear credit programs, currently have open application periods. Over the course of 2023, it is likely that the vast majority of the remaining programs will see both application periods and award selections.

The Department has announced the recipients for two major demonstration programs: The Advanced Nuclear Demonstration Program was partially funded through the bipartisan IIJA to provide more than $3 billion to projects located at two sites including the Terrapower project in Kemmerer, Wyoming and the X-Energy Reactor project in Richland, Washington. Additionally, the Department announced $2.8 billion from the Battery Manufacturing and Recycling Grant Program to support more than 20 projects located in more than a dozen states. These projects are designed to boost domestic capabilities across the battery supply chain, including commercial-scale facilities to process lithium, graphite and other battery materials, manufacture components, and demonstrate new approaches like manufacturing components from recycled materials. Done correctly, these projects will increase America’s competitiveness with China on critical minerals. 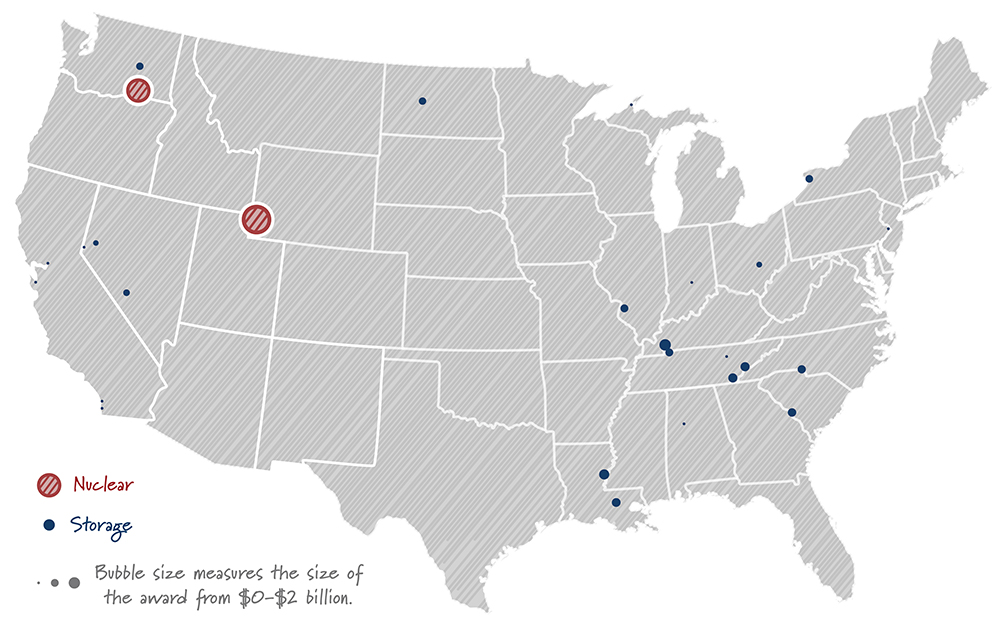 In the new Congress, oversight related to the bipartisan infrastructure law will become an increased focus for both Chambers. While Congress will be interested in where the funds are being allocated, it will be equally important to understand structural challenges at the Department. One major challenge is hiring the necessary staff for the OCED to support these new programs and billions in federal funding. Additionally, Congress has yet to confirm nominees for the Underscretary for Infrastructure or a permanent Office director for OCED, although David Crane, the Infrastructure nominee, recently participated in his Senate confirmation hearing.

When it comes to oversight, it will be critical for policymakers to acknowledge the intent of these demonstration programs. While many will reflect past public failures that received federal funds, namely Solyndra, the reality is that demonstration projects are intended to be more like a test run than a final product. But the opportunities for success are greater, with companies and projects including Tesla and Vogtle that received early funding from programs offered by DOE having reached commercial status. By allocating these federal funds, DOE is absorbing risk the private sector would otherwise be unable or unwilling to take on. Much like the private sector investing in new technology, part of this risk will mean not every project succeeds. The critical piece will be to ensure this is part of the innovation cycle and not exacerbated by political interference.

This is where productive and robust congressional oversight can play an important role to protect taxpayer dollars and improve future research and demonstration projects for the next era of American innovation. While it is still early in the process for the major funding investments provided by the Energy Act of 2020 and the bipartisan infrastructure law, the first year past enactment has laid the groundwork for major announcements in the year ahead. ClearPath will continue to track these programs, award announcements, and the flow of federal funds through our Infrastructure Tracker Dashboards.

Conservative Climate Solutions on the Global Stage
November 9, 2022
Go to Top
Share
Share with FacebookShare with TwitterShare with LinkedIn
This site uses cookies: Find out more.