The Truth About Carbon Capture

There’s a promising technology to make fossil fuels clean, and yet environmentalists cling to their “keep it in the ground” mentality. Adding carbon-capture technology to our power plants and industrial factories can be a win for our environment and economy. But green groups insist this technology is not effective, not available and not affordable.

This skepticism is understandable given that carbon capture has struggled for a decade. But happily for anyone who cares about coal workers or carbon emissions, the environmentalists are wrong. Carbon capture is real, it is happening now and it can be affordable.

Carbon capture is already here.
America has already captured 13 million tons of CO2, from factories that make fertilizer and ethanol, purify natural gas and produce hydrogen.  Since 1972, America’s oil industry has stored 67 million tons of CO2 underground in oil fields to recover additional oil.  The other 54 million tons of CO2 came from natural sources.5 We built 4,500 miles of pipelines to ship the CO2.6 We know how to do this.

So what about power plants?

Carbon Capture Is Not Now

“To put the fate of our climate on clean coal… We might as well bet on leprechauns” – Michael Brune, Sierra Club 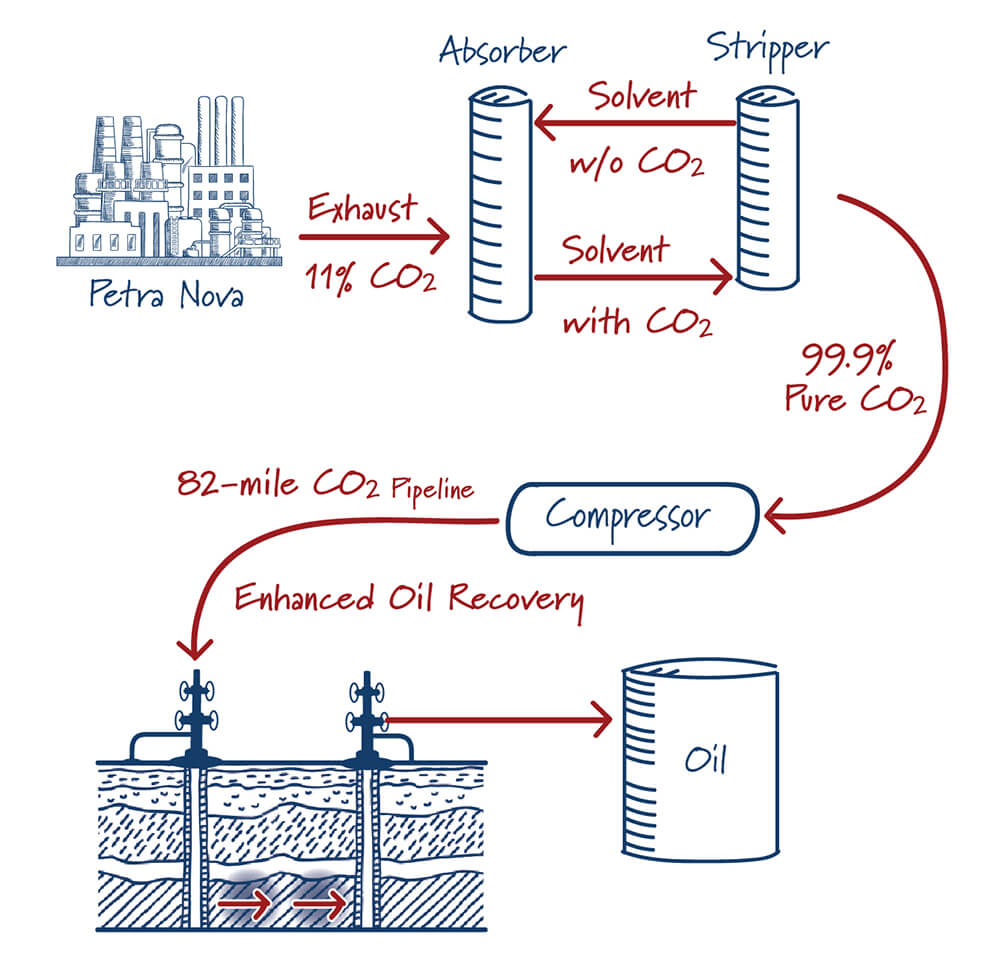 *Kemper is an entirely different sort of project because of its lignite coal, that deserves its own blog.

Carbon Capture is Affordable Today, Because CO2 is Valuable
The challenge for capturing carbon from power plants has always been cost. Capturing carbon requires upfront capital and uses power. What’s making some projects work is that the CO2 can be sold. It’s already valuable to oil companies and other uses, from buildings to shoes, are being explored. Projects can use their captured CO2 for enhanced oil recovery, creating a profit stream to offset their new costs. Boundary Dam is selling CO2 for an estimated $20-$25 a ton10, and Petra Nova bought into a oil field that will produce 75 million barrels of oil from their CO2.11 70% of the carbon used to recover the oil remains stored underground.12

Not only is it cleaner, that’s how Petra Nova will be actually profitable. The project’s backers, U.S. energy giant NRG and a Japanese energy company, plan to make a profit on capturing carbon.13

“We don’t do loss leaders,” said an NRG vice president. “Petra Nova is a billion-dollar project, so we expect to get the economics and risk-adjusted return that our investors are happy with.”14

The technology isn’t standing on its own legs yet. Petra Nova got a $167 million grant from the Department of Energy and a low-interest loan from the Japanese, which made the economics work. Any first-of-a-kind project will be more expensive. NRG thinks they can reduce the cost by 20-30% next time.15 Those economics could work without a $167 million grant. This technology, partnered with an old oil field, would be profitable while reducing pollution.

Carbon Capture Could Get Drastically Cheaper
There are two breakthrough technologies on the horizon that could make carbon capture radically cheaper. Both solve the problem of needing extra electricity to capture carbon, when electricity is what power plants sell.

NetPower designed a new power plant that captures all its CO2 and uses it as the fluid that turns the turbine to make electricity. CO2 is actually a more efficient turbine-turner than steam, which could cancel out the power lost by capturing CO2. This could be as efficient as your regular combined cycle gas plant. NetPower thinks it may be just as cheap too, before selling the CO2 it captures.  If their projections are right, this could rapidly revolutionize how the globe burns its fossil fuels. Their 50-MW pilot plant will be done in 2017. And if all goes well, a 295-MW plant in 2020 will demonstrate that this is the future of clean fossil fuel power.16

NetPower Claims It Can Be Cheap17 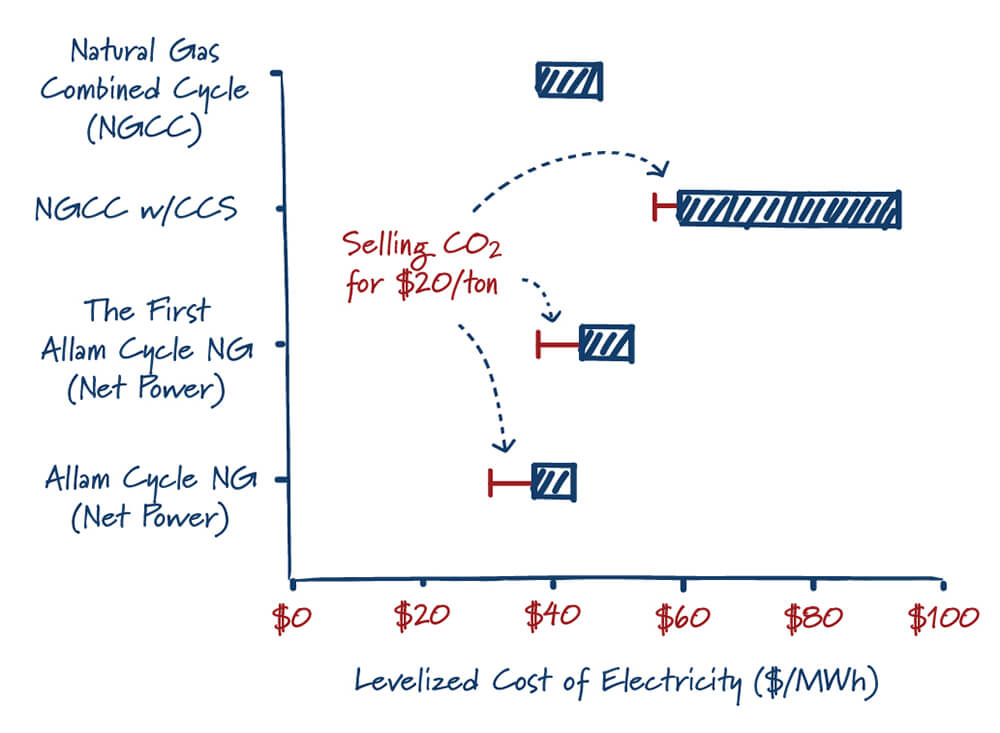 FuelCell Energy found a way to produce electricity that captures carbon dioxide as a byproduct. Their carbonate fuel cell technology can concentrate coal exhaust – making it easy to capture, transport and sell. They pulled off a “chemical bait-and-switch,” where they run a natural gas fuel cell using dilute power plant CO2 exhaust as an input. This produces power and happens to concentrate carbon for capture.18 These fuel cells can be added to existing fossil plants to reduce their emissions and create more electricity. The predicted premium is just 2 cents per kwh19, less than the current wind tax credit. If they can sell that CO2, it could capture all the carbon from coal without raising the price of power. The technology is exciting enough that Exxon Mobil is onboard. It’s still a ways off, with the Department of Energy hoping for the first 50-MW plant in 2025.

Clearly, I’m bullish on carbon capture. It’s certainly vital. And it won’t be easy to scale, especially because new technologies have tougher time accessing financing and capital. But the world will keep using fossil fuels, just look at India. We need clean energy that can be on 24/7, that can stabilize the grid. Carbon capture is that technology. It’s real, it’s being done now, and it could get drastically cheaper. Lovers of coal and carbon reductions alike ought to be excited and optimistic.