Coal is not a four-letter expletive in India. It’s become an act of survival.

If there was ever a prime example of the need for U.S.-led carbon-capture technologies, it’s India.

Of the 1.2 billion people who lack access to electricity today, roughly 240 MILLION are in India. That’s about America’s entire adult population. On top of that, energy demand there is going to quadruple as they plug-in to the 21st century, requiring a rapid build-out of new electricity sources. 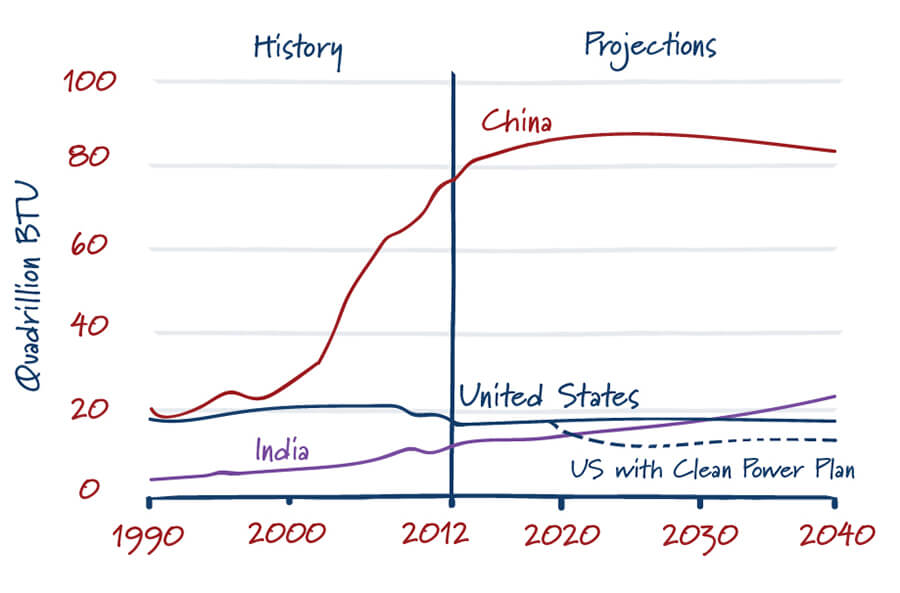 And build they will. India is going to more than double their domestic coal production in the next five years, according to the country’s power minister. Why aren’t they filling their voracious energy appetite with solar?  Well, solar is a significant part of their strategy –but they need energy when the sun doesn’t shine. India doesn’t have much natural gas, but it is sitting on the fifth largest coal reserve in the world. Pound for pound, and electron for electron, coal is roughly 15% cheaper than solar. That is not counting the cost of having power on demand to fill in when the sun isn’t shining, or the increased cost of transmission lines for solar that is more spread out. So it’s no wonder why India is expected to build nearly half of all new coal plants worldwide in the next 25 years.

It couldn’t be any clearer: You can’t just ignore coal – or the market opportunity for America to lead the world in developing and exporting carbon-capturing technologies.

Don’t forget about the “global” in “global warming”

Asia in particular needs the type of coal technology innovation America can provide. Conservatives are absolutely right to point out the futility of America unilaterally reducing carbon pollution and pretending as if the rest of the world can simply follow. The world needs clean and affordable technology. But imagining a world powered solely or even predominately by solar and wind is exactly that: imagination. President Obama’s former Energy Secretary Steven Chu puts it colorfully:

Coal matters. Cleaner coal matters. Those who claim to care about carbon emissions can’t ignore energy demand in Asia and the staying power of coal.

This is why American technological innovation from our coal industry is crucial. Those coal plants in India won’t just disappear after they’ve been built and paid for. But they can be made cleaner with U.S.-led innovation.

In the 1990s, America perfected power plant “scrubbers” to capture sulfur pollution from coal and stop acid rain. That technology spread across the world. Today, coal companies, leading engineers and such global giants as ExxonMobil and Shell are making coal plants do the same for carbon pollution with carbon-capture technology. It’s still in the early stages, with significant challenges as well as tantalizing potential. One Canadian project called Boundary Dam, a joint venture between Shell and a Canadian utility, is already operational and can capture 90% of its carbon emissions. The concept works and other carbon-capturing technologies are under development and being built: 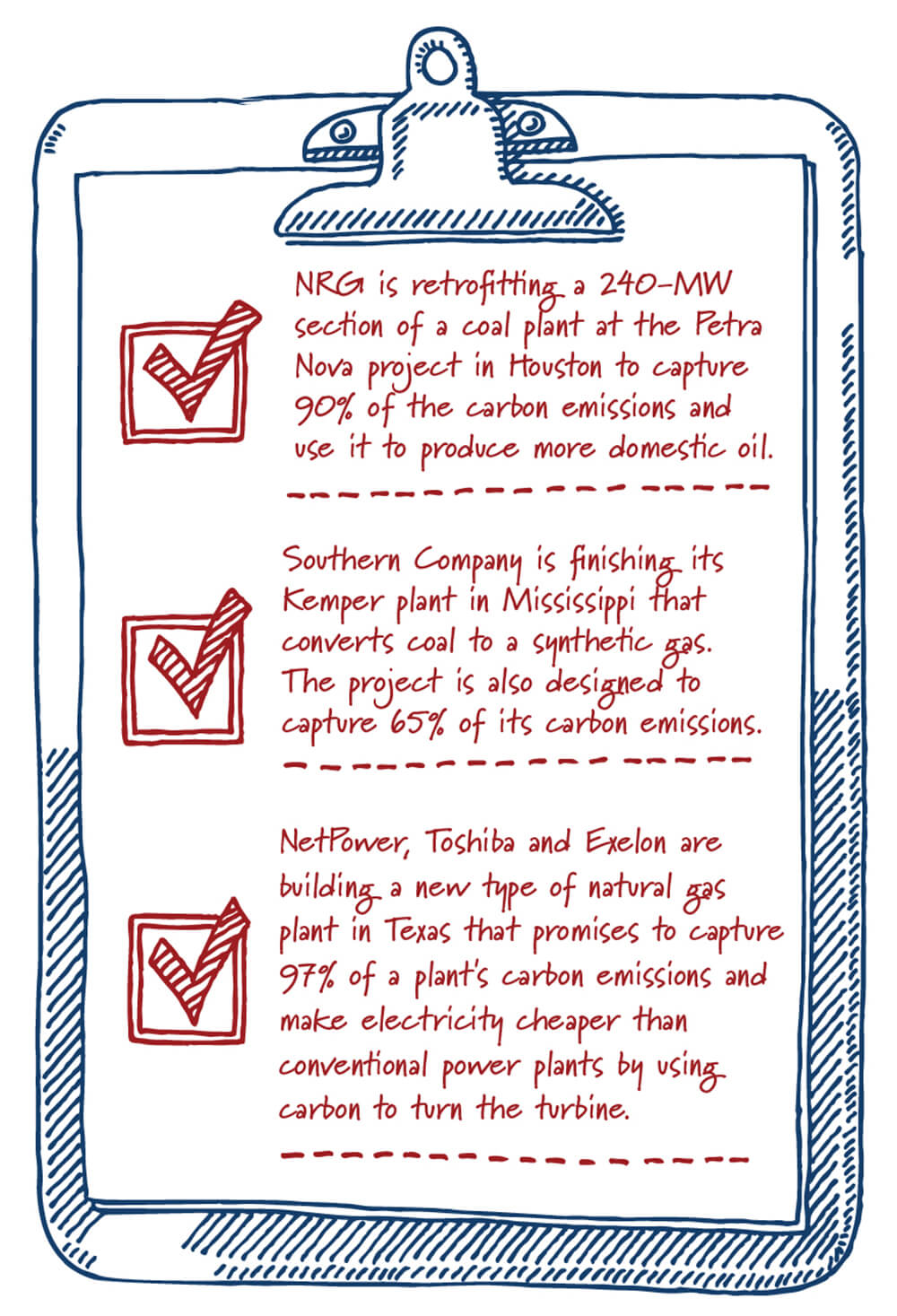 These innovative projects are the sort of technology that could boom along with Asian coal, boosting America’s economy, as long as we can win the technological race with Canada and China.

Doomsday environmentalists who chant “beyond fossil fuels” have not only missed reality, they’ve ignored a big potential win-win. By pioneering carbon-capture technology, America could make a profit-selling technology for the coal boom in Asia and reduce emissions by addressing the global nature of global warming. Would such an innovative approach be effective? Would it boost our economy and reduce global emissions? Absolutely.