Imagine you’re a nuclear entrepreneur like Jack Devanney with a world-beating idea. Jack had built 440,000-ton oil tankers and realized that he could cheaply build nuclear plants just like he’d built those tankers: in a shipyard assembly line. So he created ThorCon. But before building his first plant to test the idea, Jack faced a choice.

1. Build in America. It would take 10 years and cost around $500 million, including roughly $100 million in fees to get it approved by the NRC, the Nuclear Regulatory Commission.

2. Build in Asia. Get it approved to build in 4 years. Save millions.

In America, it would take 10 years just
to get a chance at approval by the NRC.
Look at what can happen in 10 years 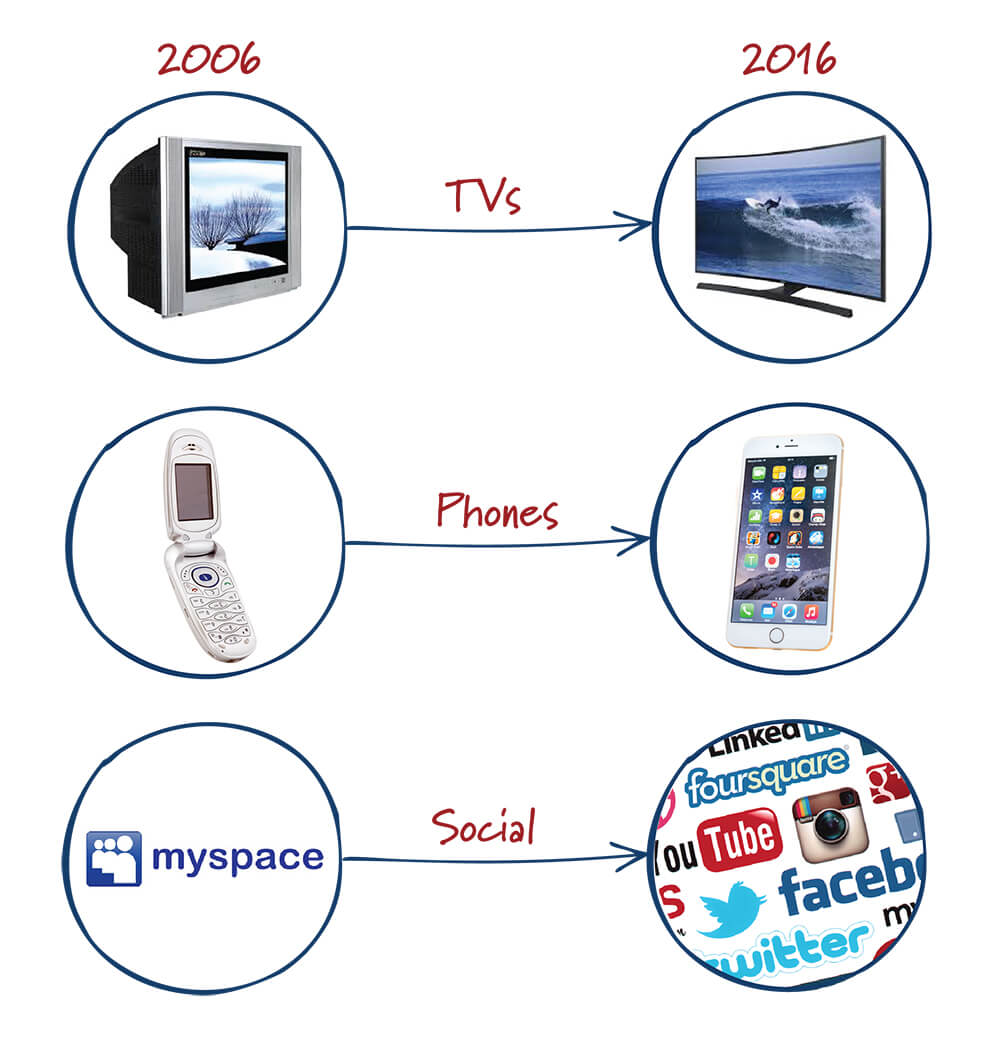 This is a story of regulation gone amok, of jobs and investment lost and of our best entrepreneurs forced to take their ideas overseas. There’s no surprise ending. Jack, ThorCon and their molten salt nuclear plants won’t be here. They’ll build in Indonesia. And they aren’t alone – entrepreneurs testing new nuclear plants will continue to cross the Pacific. I don’t know about you, but I want our entrepreneurs here. This is a problem – and one we can fix.

$100 million – the price for ThorCon to get permission from the NRC to build their first power plant. How does the NRC charge $100 million? Nuclear energy companies always pay for the cost of their own regulation. This doesn’t seem like a bad idea, saving taxpayer money and all, until you’re a start-up walking into an NRC meeting. Each NRC staffer in the room costs you about $268 an hour, whether they’re an expert or a wallflower. Is it surprising that the NRC sometimes fills the room with 16 employees?

The NRC doesn’t squash new ideas out of spite. Their mission is to ensure the safety of our nuclear fleet at all costs, and they do it well. Innovation is not their job. Doing something new, like licensing a molten salt nuclear plant, takes time and money to figure out. NRC has not licensed a non-light-water reactor design in the last 40 years. Companies pay for all that expensive time, or they give up and leave. America should have a better way, one that ensures safety while encouraging inventors and innovators. This is what Jack Devanney learned when he went to D.C. to explain his idea to the government. The idea was simple. Be the Henry Ford for nuclear. Build an assembly line that can churn out nuclear plants – a shipyard nuclear factory. Make them smaller. Cheaper. And safer. Designed to never melt down. A plant that’s underground and can shut itself down. A plant so safe we could walk away without worry. 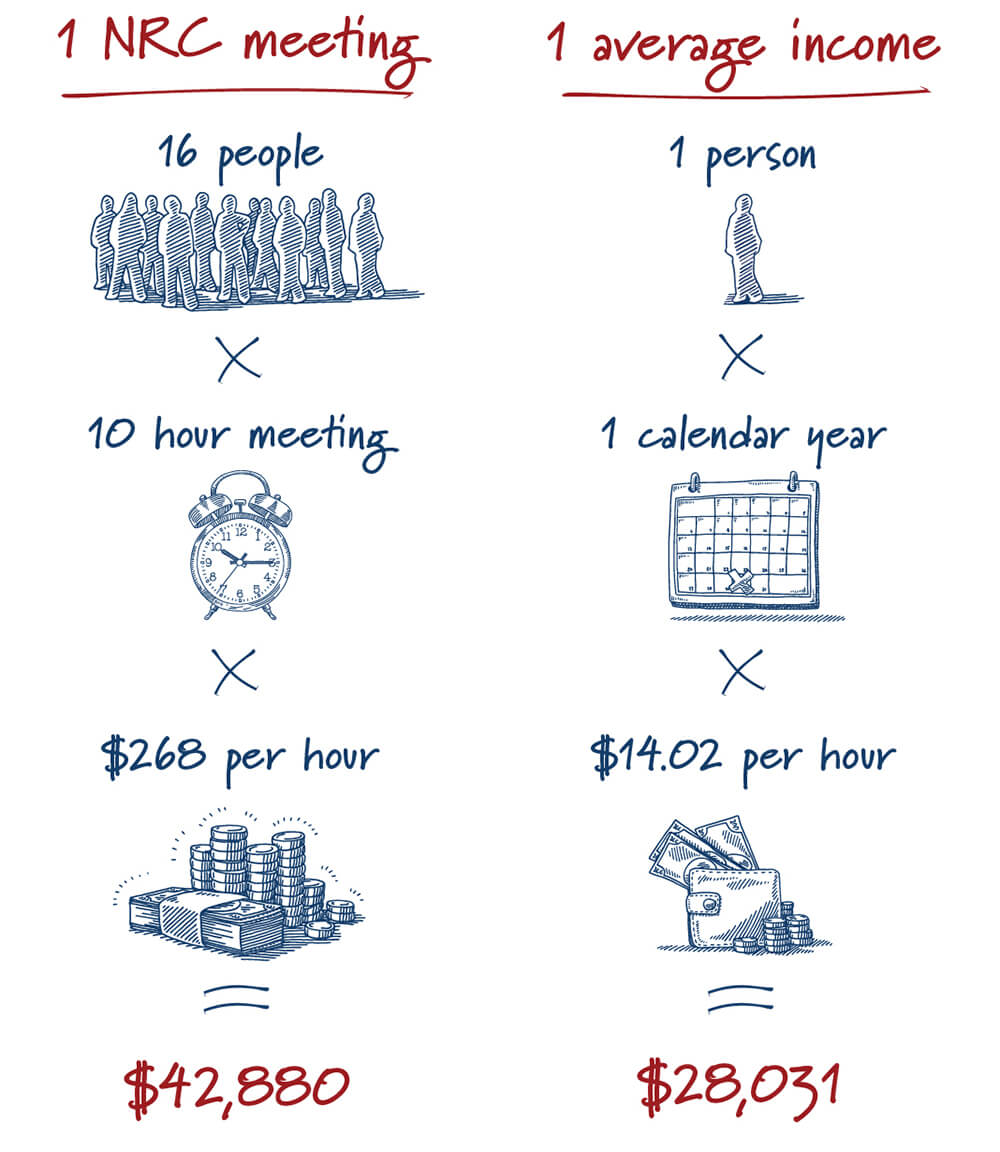 1 big NRC meeting could nearly double that
of an average American income. Is that fair?

Then design the nuclear plant as if it’s made of 200 massive Lego pieces, pieces that snap together easily – a so-called “small modular reactor.” Build the pieces in your factory, ship them to wherever they need to be put together, then build more of the same pieces, and ship those, and repeat.

The power comes from molten salt technology that was invented and tested in the 1960s but never used. ThorCon uses that same design. Since this isn’t some new technology that needs inventing, ThorCon is expecting to scale-up fast.

It’s a homerun of an idea. Yet, Jack was told he’d have to pay the NRC up to $100 million over 10 years. And if he wanted to discuss it further, he’d be paying $268 a head for the next meeting. ThorCon wanted to build a prototype first, but NRC said that too must go through the same expensive process. Jack wouldn’t know the status of ThorCon’s license (including design) until he was up to half a billion in the hole. Maybe they’d get an expensive license, or maybe they’d get an expensive rejection. I am a business guy, but you don’t need to know business to know that’s a bad deal.

“We need fullscale prototype tests in order to prudently license these new technologies. But we can’t do the tests without a license. Unless this Catch 22 is eliminated, the potential bonanza of new nuclear will pass the USA by.” – Jack Devanney

This all sounds ridiculous because this IS ridiculous. A safer nuclear plant is being blocked because of regulators whose only mission is safety. Government and regulation has gone amok, blocking innovative and bold ideas.

What was Jack to do? His idea was too important to wither in bureaucracy. It could make cheaper and safer electricity and rapidly reduce pollution in America and across the world. So he looked for other countries to build in.

Jack travelled the world to find
cheaper and safer electricity 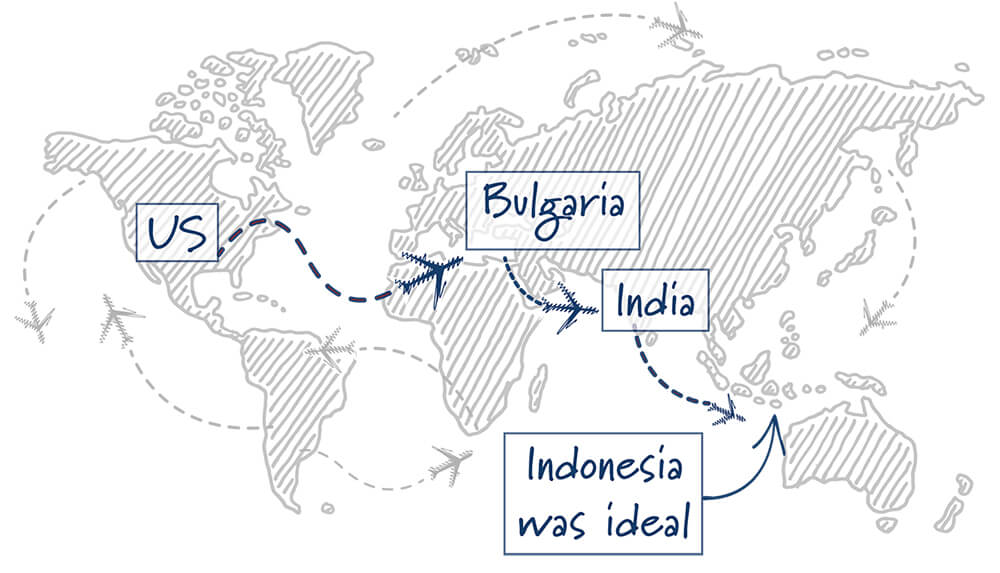 India was too difficult. They communicated by passing notes back and forth over the restaurant table over fear of U.S. diplomatic retaliation if they took a technology that we wouldn’t consider. Working in Bulgaria, well, felt too similar to working with the mafia.

Then there was Indonesia, the island country north of Australia that was searching to build out its own nuclear technology. President Joko Widodo, the popular new reformer known simply as Jokowi, met with ThorCon. They signed an MOU with the newly formed Indonesian Thorium Consortium in October of 2015 and expect to be building a molten salt reactor in 4 years, not 10.

A whole industry is being formed to build the next generation of nuclear power for the world. This is not an industry we can afford to lose.

ThorCon is not alone. A whole industry is being formed to build the next generation of nuclear power for the world. For our national security, this is not an industry we can afford to lose. America must control nuclear technology. And if we don’t streamline the NRC, our best engineers will be forced to leave for foreign soil. Bill Gates’s advanced nuclear company already has. In September, Gates’s TerraPower finalized a contract with the China National Nuclear Corporation to prototype their reactor there. Gates says it flat out: China is the best place to test these new technologies.

To see why, look at someone who stayed stateside: NuScale Power, an advanced nuclear company in Oregon that’s bold enough to build in America. They use a more familiar light-water design, and expect to pay the NRC $80 million over the next 3 years, making it an 8-year process since they began in 2008.

That’s still not enticing. When NuScale testified for Congress, they were clearly not thrilled with the regulation.

“NuScale: One of the highest risk components remaining in our project is the uncertainty of the time and process for the NRC licensing efforts.“

Translation: This process is awful, please fix it

I hate government dysfunction and dysfunction is where we stand. Yet it stems from good practice: nuclear must be absolutely safe and the NRC has made America the gold standard for safety. This can’t be understated. Other countries have adopted the NRC’s rules, so our investment in safety has created a global culture of safety around nuclear power. There must be no more Chernobyls. But the NRC is totally unprepared for new technology, and they’re making entrepreneurs and engineers pay. 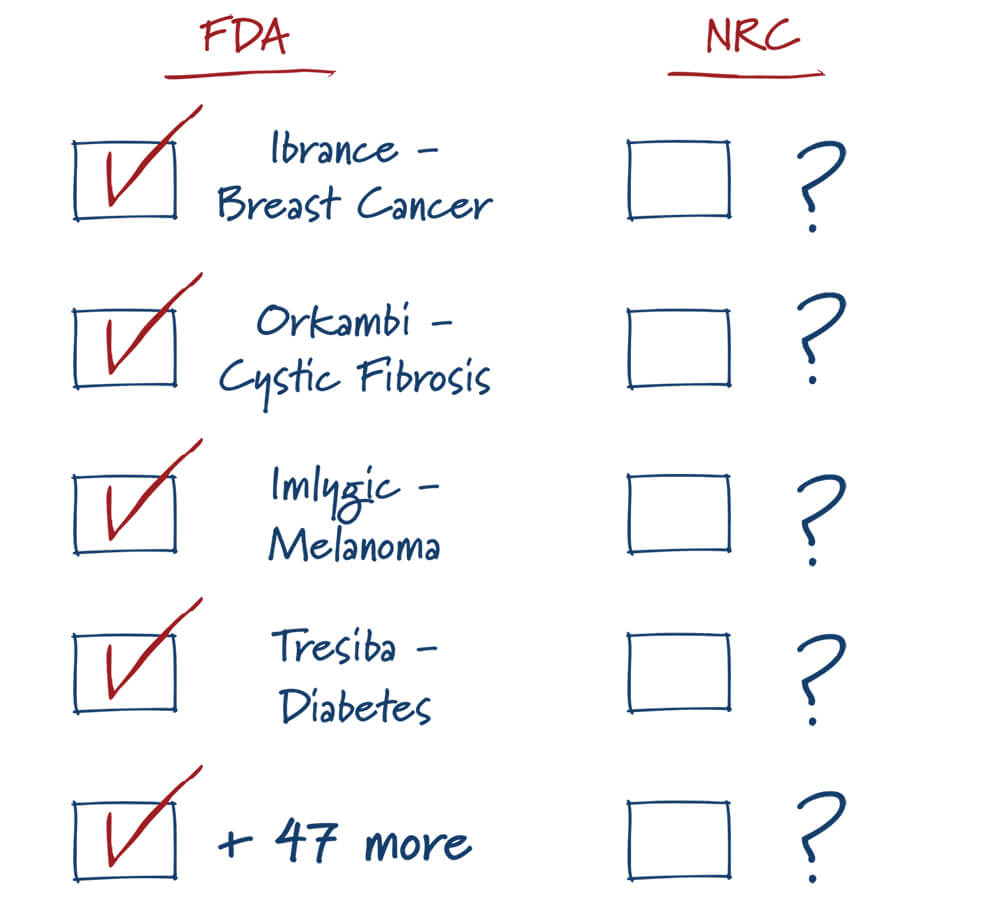 This isn’t inevitable. Look at the FDA. It regulates our drugs, another industry where safety is paramount. Yet they’ve managed to ensure safety and allow for innovation. Their process has multiple phases, each phase with a fixed price.

That makes licensing less risky and more predictable, letting companies fix problems quickly along the way. The NRC has an all-or-nothing process that gives businesses no certainty and scares away investment. The FDA process works: our drug industry is incredibly safe AND the most innovative in the world. There’s an easy answer here: get government out of the way of innovation. Reform the NRC so that it’s aim for safety doesn’t make innovation impossible. Limit the fees, make the process efficient and predictable, and update it to fit new designs.

This is so common sense that it brought together an unlikely team of senators – Republicans James Inhofe and Mike Crapo and Democrats Sheldon Whitehouse and Cory Booker – to introduce the Nuclear Energy Innovation and Modernization Act. Senators Inhofe and Whitehouse are used to yelling at each other. But when they do agree, it’s significant. Similarly in the House, Ohio Republican Bob Latta and California Democrat Jerry McNerney have come together to introduce H.R. 4979, which would establish a new plan for an advanced reactor regulatory framework through collaboration between the NRC and DOE. In fact, House lawmakers are poised to approve that bill.

And there are already glimmers of hope at NRC itself, with a recently reorganized Office of New Reactors and new leadership at the helm. The office is beginning to make the licensing process more efficient. There is a new strategy to better license non-light-water reactor designs, with the hope of licensing two designs by 2030. But it’s clear there’s still a lot more to be done.

I believe we can fix our outdated nuclear regulatory process. We can get out of the way of innovation that can invent new technologies, create jobs, secure American leadership and better power our lives.