In November 2021, Congress enacted the bipartisan Infrastructure Investment and Jobs Act (IIJA), which funded a wide-range of clean energy demonstration programs, including carbon capture, direct air capture, energy storage, geothermal, hydrogen, and industrial. The IIJA built on many of the authorizations in the Energy Act of 2020, which Congress passed and then-President Trump signed into law.

Now that Congress has allocated the funding, it is important for DOE to implement the IIJA demonstration programs consistent with Congressional direction and maximize the impact of taxpayer resources. DOE’s track record of funding large-scale demonstration projects is mixed, but the Department can increase the chances of success by adhering to principles of responsible program management, including rigorous merit review standards and adopting a milestone-based approach, so that projects with the most technical merit get funded.

As DOE prepares to issue funding opportunities in the coming weeks and months, ClearPath has developed a series of memos with recommendations for implementing the IIJA demonstration projects. Each of these memos includes similar principles related to rigorous milestones and responsible stewardship, but each also includes unique recommendations tailored to specific technologies. Brief summaries are included below. 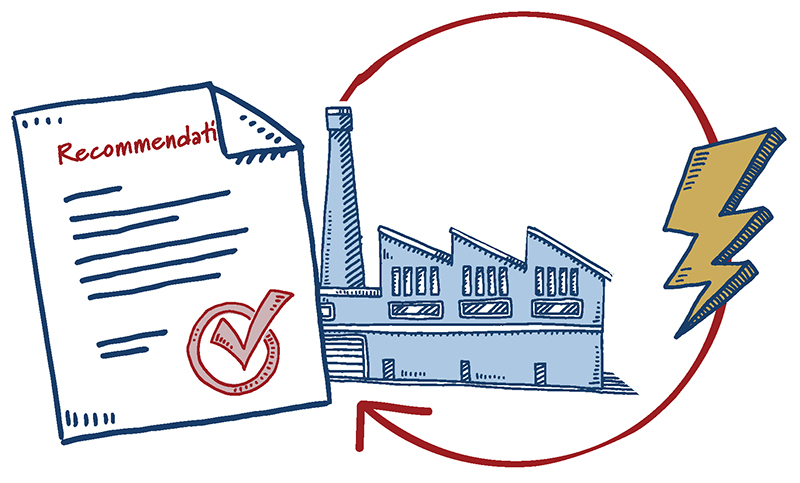 Read the memo by Jena Lococo

The IIJA included nearly $12 billion for CCUS programs, with nearly $2.54 billion for a demonstration program authorized by the Energy Act. DOE should fund projects with the lowest technical risk and highest potential to deliver on time and on budget. Projects should be large enough to demonstrate on a commercial scale, but not so large that the complexities from scaling up from pilot testing are unclear. DOE should also ensure projects have stable revenue streams and offtake agreements. Finally, the federal government should expedite permitting under the National Environmental Policy Act (NEPA) and EPA’s Underground Injection Control Class VI requirements. 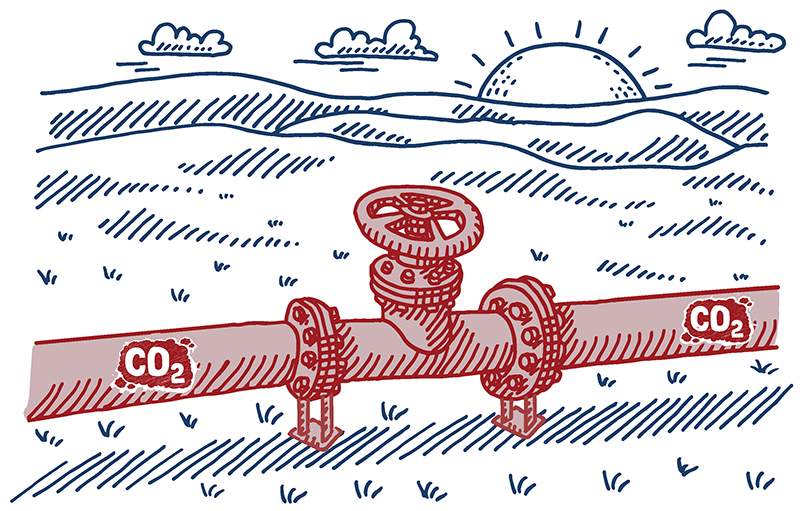 Read the memo by Grant Cummings

In the IIJA, Congress appropriated $2.1 billion for the CIFIA program to support the buildout of infrastructure to transport CO2 from where it is captured to where it can be utilized or securely sequestered underground. In addition to this funding, the IIJA allows eligible proposals to take advantage of a secured loan of up to 80% of the project cost. DOE should prioritize geographically diverse projects and be mindful of infrastructure routes already identified by project developers. The federal government should also modernize the NEPA process and couple CIFIA projects with other CCUS programs supported within the IIJA to ensure the deployment of critical CO2 infrastructure.

Read the memo by Savita Bowman

The IIJA provides $3.5 billion for four regional Direct Air Capture (DAC) hubs, each with the capacity to capture 1 million metric tons (MMt) of CO2 annually. In selecting hub locations, DOE should leverage existing infrastructure and consider co-locating with DOE’s hydrogen hubs and CCUS demonstration sites to leverage pipeline infrastructure. DOE should also set clear timelines and milestones, including ensuring that projects have secured or are working to secure an offtake agreement for their captured CO2 at the time of application. 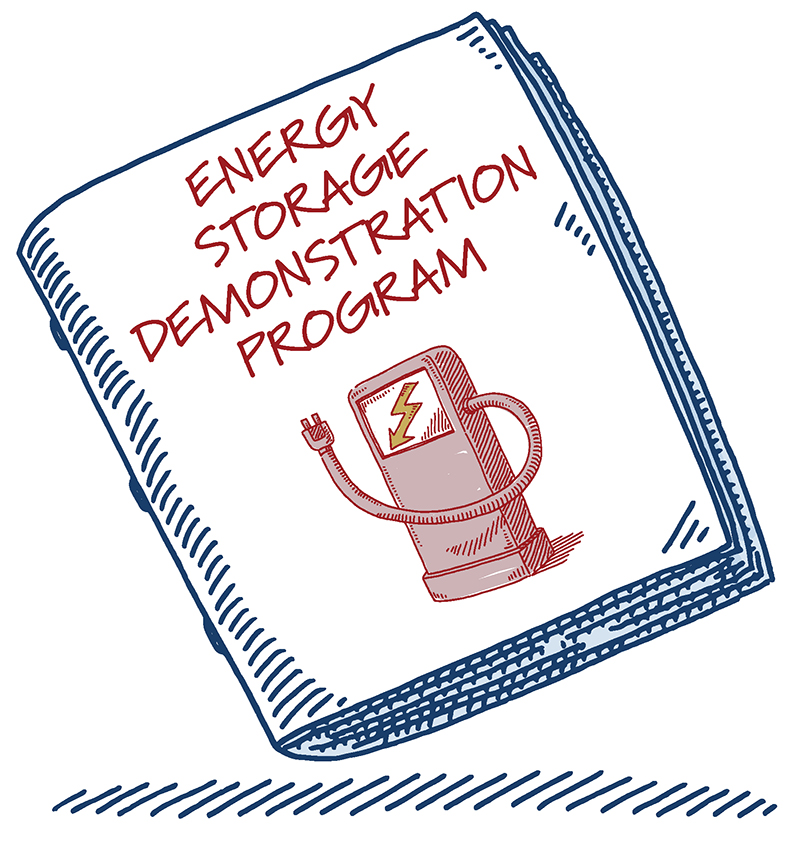 The IIJA included $505 million for energy storage demonstration projects that were authorized by the Energy Act. DOE should prioritize a diverse portfolio of long-duration, grid-scale energy storage technologies capable of achieving DOE’s performance goals under the Energy Storage Grand Challenge and Storage Shot. Moreover, DOE should develop energy storage technologies that can be manufactured in the U.S. and exported globally, advance technologies that strengthen U.S. energy security and do not depend on supply chains controlled by foreign adversaries, and leverage synergies with other IIJA demonstration programs.

The IIJA included $84M for EGS demonstration projects from FY22 to FY25, as authorized by the Energy Act. The Energy Act directed DOE to fund four geothermal demonstration projects for power production or direct use, utilizing diverse geologic settings and development techniques. As such, DOE should prioritize technology diversity, geographic diversity, and use case diversity. DOE should also adopt a milestone-based approach and coordinate with DOE’s new Office of Clean Energy Demonstrations (OCED), as there are several other programs under OCED for which geothermal is eligible to compete for funding. 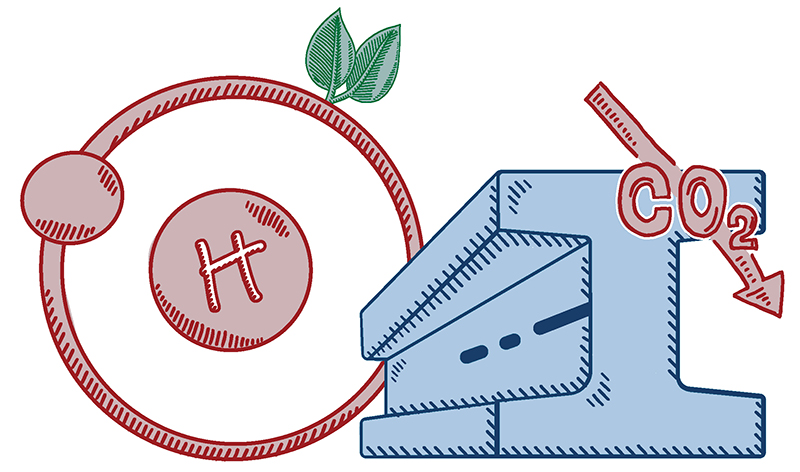 Read the memo by Natalie Houghtalen

The IIJA included multiple hydrogen provisions, including $1 billion for a Clean Hydrogen Electrolysis Program, $500 million for a Clean Hydrogen Manufacturing program, and $8 billion for Regional Clean Hydrogen Hubs. Regarding the hydrogen hubs, DOE should consider awarding more than four hubs (the statutory minimum), pursue a multi-solicitation and milestone-based approach, clarify the role of the DOE National Laboratories, establish thoughtful and realistic deadlines, prioritize projects that focus on multi-sector integration and match hydrogen production with end use, and co-locate the fossil-based hydrogen hubs with the IIJA CCS projects.

Congress’ bipartisan IIJA demonstration programs represent an unprecedented opportunity to scale and de-risk emerging clean energy technologies. With thoughtful implementation that focuses on maximizing the impact of taxpayer resources and upholding the principles of responsible project selection and management, DOE can help position the U.S. to build cleaner faster and lead the world in the commercialization, manufacturing, and export of clean energy for decades to come.