ClearPath Leads Congressional Delegation to the Energy Capital of the World

Everything is bigger in Texas, including the innovation. That is exactly why Houston was the first stop on ClearPath’s American Energy Tour.

Houston is emerging as a leader in clean energy innovation, which should be no surprise given its status as the Energy Capital of the World. Horizontal drilling, hydraulic fracturing and deep-water offshore technology all began or are centered in Houston. The Port of Houston is home to the largest petrochemical manufacturing complex in the Americas and petroleum and petroleum products are leading import and export commodities. The area also employs nearly one-third of the nation’s jobs in oil and gas, and is the headquarters for virtually every segment of the energy industry.

Given the energy expertise and experience in the area, Houston’s oil and gas and petrochemical industries are well-suited to lead the energy transition at scale. There are over 30 corporate research and development centers focused on energy technology and innovation in the city. In fact, Texas leads the country for wind capacity and is the location for the first commercial-scale carbon capture facility – which has been operating since 1972.

ClearPath was thrilled to lead a Congressional Delegation for an educational site visit to the heart of America’s energy industry. The delegation included:

These conservatives came to Houston to learn about the American industries and technologies working to make the global clean energy transition cheaper and faster so they can continue to lead on real solutions to advance bold, innovative, free-market policies that reduce emissions and create American jobs.
While in Houston, the delegation had a packed agenda full of educational activities. Here are a few highlights:

“It was great to be in Houston to visit the NET Power Carbon Capture pilot project, tour a proposed site of a carbon capture and storage hub on the Houston Ship Channel, and meet with industry leaders and stakeholders,” said Congresswoman Carol Miller (R-WV). “We all agree that investing in American energy innovation is vital to the growth and success of our country and world. I am pleased to collaborate with ClearPath on an all-of-the-above energy strategy that pursues innovative technologies like Carbon Capture and bolsters America’s traditional energy sources. Thank you for having me!” 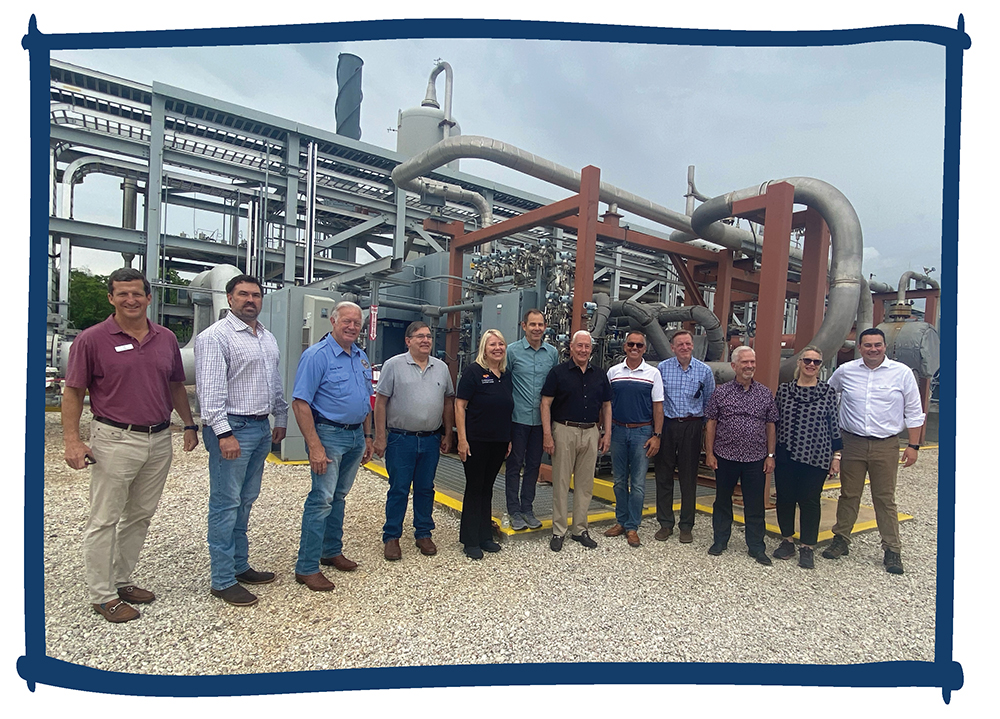 “I am amazed by the leadership and innovation of U.S. companies in the development and deployment of new technology to reduce emissions,” said Congressman John Curtis (R-UT). “The work companies are doing to produce natural gas-generated electricity with zero emissions is critical to our energy future.”

“The implementation of these technologies and other U.S. innovations around the world will result in significant global emission reductions while creating U.S. jobs and fostering US leadership and security.”

America is blessed with an abundance of natural resources, from fossil fuels to critical rare earth minerals. More importantly, we’re blessed with an American spirit and passion to innovate. With continued smart policy — such as the Energy Act of 2020 crafted by a bipartisan Congress — we can lead on mitigating the global climate challenge while regaining our place as the global energy leader.

Thanks to this delegation’s leadership, we are already tackling the global climate challenge through clean energy innovation. We look forward to continuing to partner with these Members to continue this exciting trend, while also making America resource independent and keeping energy affordable.

A Natural Gas Innovation Success Story from Public-Private Partnerships
May 5, 2022