2021 was a banner year for the deployment of carbon capture technology – 70 U.S.-based projects in the pipeline, regulatory certainty in the 45Q tax credit, and an infusion of $12 billion into carbon capture, utilization, and storage (CCUS) programs through the bipartisan Infrastructure Investment and Jobs Act (IIJA) – with no sign of slowing down in 2022. IIJA builds off of the successes of the Energy Act of 2020, which President Trump signed into law, and cements the U.S. as a leader in clean energy innovation. 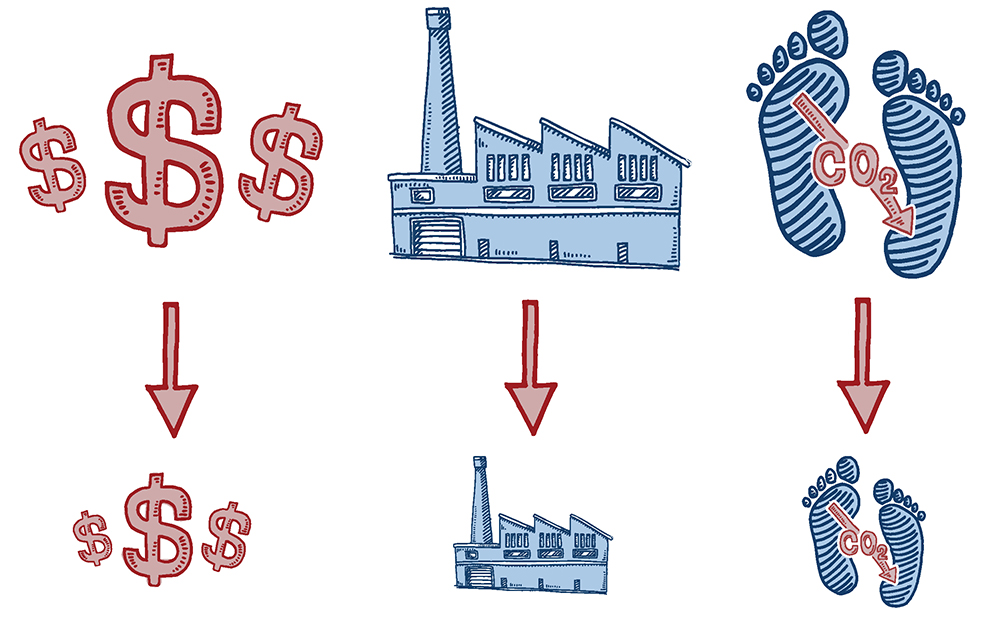 Carbon capture is crucial to reducing global carbon emissions. In its Net-Zero by 2050 analysis, the International Energy Agency describes carbon capture at scale as an essential tool to reducing emissions, particularly in hard-to-decarbonize sectors. The Intergovernmental Panel on Climate Change’s most recent Working Group III Report reinforces this conclusion and recognizes CCUS as a critical component in global CO₂ reduction efforts. Good thing CCUS technologies are getting smaller, cheaper, and more efficient through continued investment in research and development and combined efforts of the U.S. federal government and private industry.

Take for example, the success of the U.S. Department of Energy (DOE)-funded Archer-Daniels-Midland Illinois Basin-Decatur Project (IBDP). As of May 2021, IBDP has successfully captured and stored one million tons of carbon dioxide by partnering with the U.S. National Energy Technology Laboratory. That is the equivalent of taking approximately 200,000 cars off the road.

Carbon capture technologies are gaining momentum as numerous American companies are taking advantage of the available market opportunities thanks to advancements in innovation and supportive policies, such as the 45Q tax incentive. In addition, more states are looking to modernize permitting requirements to deliver these critical projects more quickly. Decreasing costs and permitting timelines will be a boon for companies looking to lower the carbon intensity of their operations.

But this race to reduce emissions using carbon capture technology is broader than just the U.S. – it’s an international effort. Carbon Clean, a technology developer headquartered in London but operating globally, is already capturing carbon emissions from small- to medium-sized industrial emitters such as steel, cement, and chemical facilities. But it’s latest modular technology – CycloneCC – is set to disrupt the sector, significantly reducing the cost and space requirements for carbon capture deployment. Due to the sheer number of smaller-sized emitters, this technology, which uses rotating packed beds, could be a game changer. CycloneCC has the potential to reduce the lifetime cost of a carbon capture facility by half. The standardized prefabricated modular design results in lower capital costs. Plus, the scalable nature of the technology allows the industry to increase capacity over time, making it easier for companies looking to capture their emissions to enter the market.

America has a history as a leader in innovation. In the U.S., a Department of Energy-sponsored project known as ROTA-CAP, led by the Gas Technology Institute in Chicago, has tested Carbon Clean’s next generation solvents and the rotating packed bed process on a mobile development skid. The project has since been moved to the National Carbon Capture Center (NCCC).

Since its founding in 2009, NCCC has assisted with 68 pilot and demonstration projects, resulting in an approximate 40% reduction in the cost of carbon capture from power plants.Advancements like this are only possible through strong and reliable public-private partnerships. 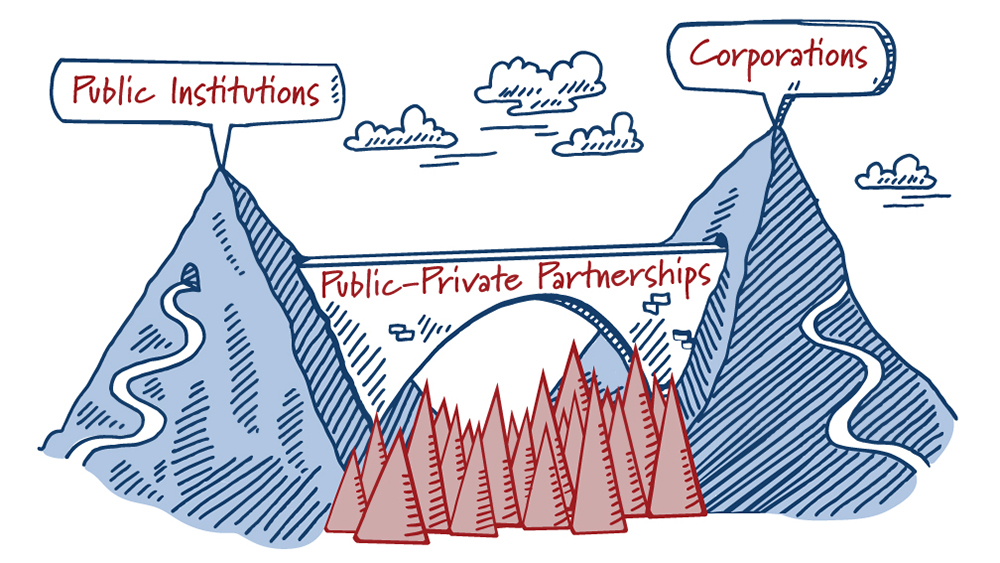 Carbon Clean’s CycloneCC technology is different from traditional designs due to its unique use of centrifugal force – the heavy feeling you get when you spin fast – to enhance efficiency and minimize space. In conventional carbon capture, carbon-infused flue gasses released during industry operations are contacted with a solvent in a large column that can be up to 200 feet tall. Solvents are specially formulated liquids that selectively “grab” CO₂ from a mixture of other gasses.

In CycloneCC, Carbon Clean’s proprietary solvent is combined with a flue gas through a rotating packed bed that is contained in a drum, replacing the need for a tall column. The centrifugal force within the packing allows the solvent and flue gas to interact more efficiently, resulting in the same CO₂ capture rate in a package that is 10 times smaller than the existing column design. After the CO₂ is captured from the flue gas, it is removed from the solvent in a regenerator. The solvent can then be re-used and the captured CO₂ is then further processed for utilization in value-added products or transportation to permanent storage sites.

Washing Away the Carbon With CycloneCC 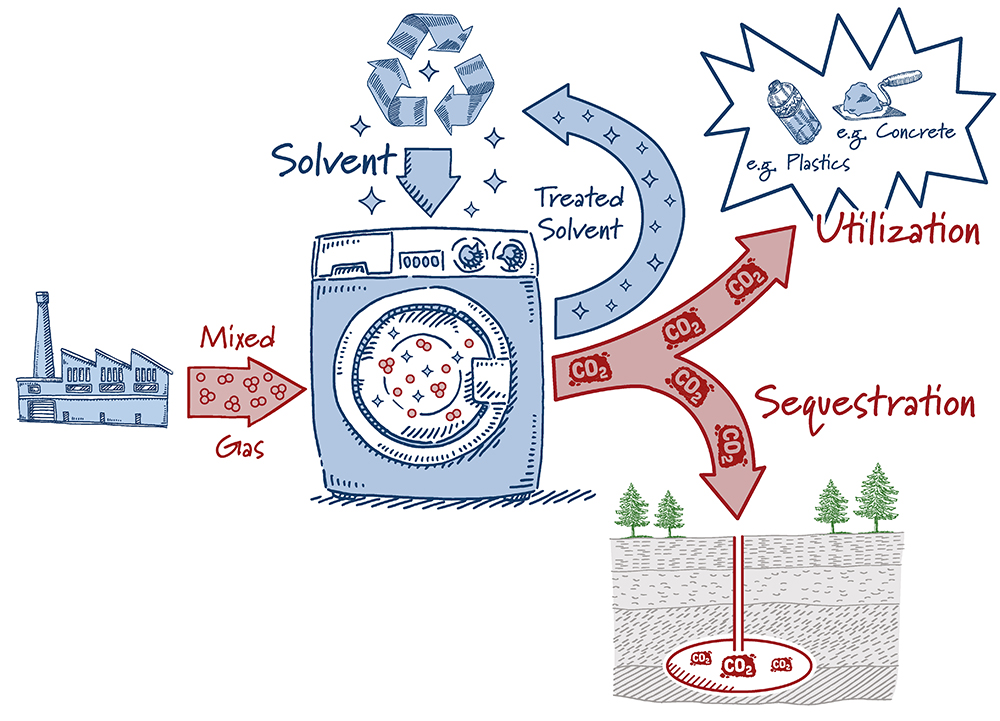 Disclaimer: this image is not an accurate depiction of the actual process but is designed to illustrate the rotating action used in CycloneCC.

Carbon Clean has successfully developed CycloneCC pilots at the 1 ton/day (TPD) level and is working with technology deployment partners, including CEMEX, Chevron and Veolia, to commercialize its technology at 100 TPD and larger. This might not sound like a lot of emissions when we’re talking about needing to reduce gigatons of CO₂, but this is a fundamental step on the road to broad industry adoption. With the industrial sector – think steel, cement, chemicals, refineries, etc. – accounting for approximately a quarter of the global CO₂ emissions, modular designs like CycloneCC are some of the most expedient and flexible methods to cut installation time and promote commercial-scale adoption of carbon capture.

Implementation at the scale and speed necessary to address rising emissions is an obstacle that has been difficult to overcome. That said, there are still reasons to be optimistic. Carbon Clean recently announced two new partnerships, one with CEMEX’s Victorville Cement Plant in California to research, engineer, and develop a carbon capture pilot project, and another with Chevron to seek to develop a carbon capture pilot for CycloneCC on a gas turbine in San Joaquin Valley, California. First mover projects like these will continue to drive down costs and fuel the positive feedback loop that will make future clean energy projects more accessible.

With the dual challenge of energy security and rising carbon emissions top of mind for this Congress and Administration, it is now more important than ever to successfully develop innovative technologies and drive down costs of deployment. Public-private partnerships can get us there.