The Need for Federal Energy Innovation

This has been slightly revised from an op-ed first published in the Washington Times on May 1, 2017.

Here’s something you may not know. The human genome project, shale gas revolution, nuclear energy, touchscreens and the discovery of dinosaur extinction have something in common: They all owe their success to the Department of Energy and its predecessors.

Innovation underway at the department and our national laboratories encompasses half of all public energy research happening in the world. We still do big, big things there, such as the exciting advancements in quantum supercomputing happening now.

But by and large, those world-shaping breakthroughs are getting fewer and farther in between.

How did we get off track from the days of building the first nuclear reactor in the span of only two years?

First, let’s take a step back and remind ourselves why the government is involved in energy innovation in the first place and why a conservative outfit like our’s is so focused on more government support for innovation. Government-funded innovation has led to improvements for just about every type of energy technology.

Energy innovation is an investment in prosperity and something the private sector can’t do on its own. People think of Uber when they think of innovation. But innovation in advanced energy is very different. Big energy solutions are not done in a garage by a small team of software developers.

Extensive federal and private collaboration in shale gas extraction technologies spanned three decades before the recent spark of the U.S. production boom. The Energy Research and Development Administration (which later became DOE) and the Morgantown Energy Research Center (the precursor to the National Energy Technology Laboratory) led a fossil energy research renaissance that began in the Ford administration. Public-private partnerships such as General Electric’s development of diamond-studded drill bits and a now-expired two-decade production tax credit for unconventional gas approved by Congress were among the crucial efforts in keeping momentum headed in the right direction.

The payoff has been that U.S. natural gas has never been so abundant, which has driven down wholesale power market prices nearly 70% in the last decade. We’re now converting our gas import terminals to allow the exporting of our reserves around the world. And emissions are at the lowest level since the 1990s, despite our economy growing by more than 80% since then.

This type of needed long-term investment in energy is not unusual. It can take many decades to have a real, large-scale impact – not the timeline most private businesses operate on. The benefits of new energy technologies also benefit everybody, rather than usually being a big payoff for one particular company. So it’s a natural fit for the government to provide help in investment and demonstration.

Basic energy R&D is something most people can agree on and is why even some of the most fiscally conservative among us typically don’t try to shortchange the Department of Energy’s Office of Science.

But more focus is vitally needed on the federal role in applied R&D and demonstration, typically housed at other Energy Department offices, including those overseeing fossil energy and nuclear.

This is where a basic idea, such as capturing carbon from coal and gas plants and using it to enhance recovery of vast reserves of domestic oil, can actually turn into action worth trillions to private companies and the nation as a whole.

A good comparison is medical research, another area dominated with heavy risk and long-term and expensive experimentation.

America leads the world in medical research. We’re doing the same on energy. But we’re spending far more on health than energy R&D, despite both having enormous potential gains. At its zenith in 1979, applied energy comprised 23 percent of all non-defense R&D, the same as for medical research that year. Now, applied energy takes up just 5 percent of non-defense R&D while health comprises 51 percent. Yet, the two sectors each represent about the same roughly 8 percent of the economy.

There is a “valley of death” between basic R&D and commercialization. Corporations, driven by quarterly earnings, don’t have the budgets to build these technologies on their own and get them across this gap. And public institutions don’t know what the customers of these corporations really want. We need more public-private partnerships to bridge this divide. 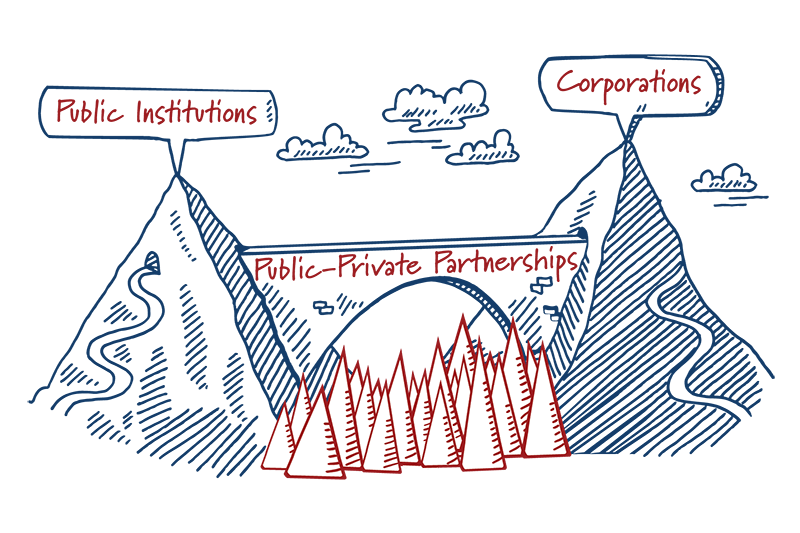 NuScale’s advanced nuclear work is an example of what we should be accelerating.  Their state-of-the-art design for small modular reactors, a first for a U.S-based company, is a genuine breakthrough and a result of a public-private partnership between the engineering company Fluor, several small modular designs and with the Energy Department helping to scale up the effort. The Nuclear Regulatory Commission just recently announced it has accepted NuScale’s design for review. But it took way too long to get to that point- 10 years in fact. That needs to change. But when it does go online as scheduled in 2023, it will be built on the site of the Idaho National Laboratory. In fact, much of our energy innovation has been driven from the work being performed in our world-leading national labs. But many applied programs, including those led by the labs, lack focus on driving technologies and focus on research for research’s sake. In recent years, the Department of Energy has often micromanaged research activities, and in turn limited creativity and private sector engagement and slowed technological development. Instead, the federal government and businesses should agree to set ambitious goals to support demonstration of breakthrough technologies by the private sector. Specifically as part of ClearPath’s conservative clean energy agenda, that could mean demonstrating: 4 different private advanced nuclear reactor technologies by 2027 4 different 2nd-generation carbon capture technologies at commercial scale by 2027, with each project profitably capturing and selling the majority of its carbon emissions 3 energy storage solutions able to cycle once per day, discharging for at least 5 hours, with a lifetime of 15 years at a price point of $100/kWh But goals alone aren’t enough. They need to be accompanied by deep private sector engagement to ensure research activities are aligned with the needs of technology buyers. They need to be properly funded. And they must be flexible enough to empower researchers and regularly reviewed to ensure accountability (and discontinued or reevaluated when milestones are not achieved). The Department of Energy can return to its innovation heyday, where policymakers, researchers and developers were all on the same page on what was needed to turn a blueprint into a billion-dollar industrial breakthrough. But it’ll take sustained federal dollars and vision to get there. Jay Faison is the founder of ClearPath. Rich Powell is the executive director of ClearPath. Follow them on Twitter: @JayFaison1 and @powellrich