Natural gas is an energy Swiss Army knife used for electricity generation, transportation fuels, and home heating. The fuel can also be used to make a variety of chemicals, such as fertilizers and hydrogen. Current estimates show the United States has enough natural gas to last us through the end of the 21st century.1 After sky-high energy prices in the early 2000s, the U.S. experienced a natural gas renaissance unlocked by a new advancement in natural gas and oil production. This technique, called “fracking”, allows companies to extract previously inaccessible natural gas and oil deposits. Thanks to fracking, America is now the world’s top producer of natural gas. The windfall has dramatically cut power prices and added billions to the U.S. economy.2 With robust natural gas supplies and low prices, natural gas combined cycle (NGCC) power plants have become the preferred choice for U.S. electricity companies. In 2015, natural gas became the top energy source for United States electricity. It is cheap, reliable and can help companies meet air quality regulations. 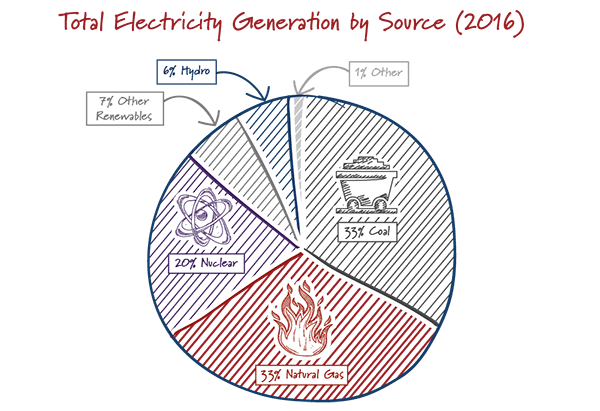 America’s natural gas opportunities America can do more to capitalize on our natural gas opportunity by building more infrastructure, increasing exports and developing advanced technologies. Existing natural gas plants have ample capacity. On average, natural gas plants only ran at 56% capacity in 2014.4 One reason for their low utilization is the lack of infrastructure, such as pipelines, to deliver natural gas fuels to the facilities.5 Natural gas is also a valuable global commodity. In 2015, it was the second most valuable commodity after oil.6 Increasing our natural gas exports could grow the economy by up to $86 billion by 2038 and are expected to have net positive impacts on U.S. consumers.7 Shipments from Louisiana’s Sabine Pass are already spreading America’s energy influence to distant parts of the world, including Poland and China.

Advanced technologies promise to make natural gas technologies cheaper and cleaner. For example, ExxonMobil is commercializing a new fuel cell that can run on a mixture of power plant emissions and natural gas to create electricity.8 Another technology called NET Power, backed by Toshiba and Exelon, would create electricity from natural gas in a more efficient way than the industry standard and produce virtually no emissions.9 Both of these technologies could be paired with enhanced oil recovery projects, the process of injecting carbon dioxide underground to bring new life to declining oil fields. 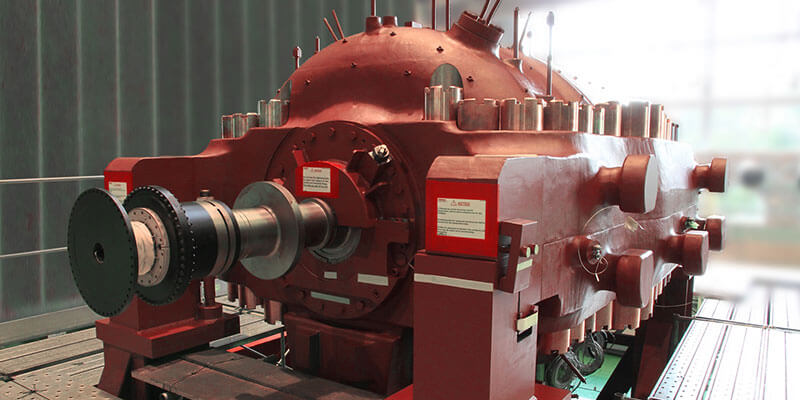 To date, natural gas has reduced U.S. emissions more than wind and solar power. In fact, natural gas is responsible for 68% of the dramatic decline in U.S. energy-related emissions from 2005 to 2015. Another benefit is that it can run throughout the night and can help back up intermittent wind and solar energy.

Despite this benefit, most environmental groups oppose natural gas development on the grounds of ‘fugitive emissions’ — the emissions incidentally released during extraction and distribution process.13 If methane (the main ingredient in natural gas) is directly released into the air without being burned, it can be a more potent greenhouse gas than carbon dioxide. Even after accounting for these emissions the average natural gas power plant is about 40% cleaner than the average coal power plant, according to a leading scientific organization.14 Natural gas is a prime example of how innovation and free markets can manage emissions in an environmentally-responsible way.