Reaching net-zero carbon emissions by 2050 will require a massive infrastructure build-out over the next 28 years, involving deploying enough clean electricity generation to meet all our needs while building the infrastructure necessary to electrify industry and transport along the way. Detailed computer models can optimize for the cheapest paths to achieve net-zero but cannot easily account for the political feasibility of the energy systems they project. Several constraints could limit the future ability to decarbonize, ranging from local opposition to regulatory delays, supply chain issues, and workforce capacity.

To understand some of the real-world challenges of decarbonization, ClearPath and LucidCatalyst collected a database of all county-level wind ordinances in Iowa. We then conducted a detailed geospatial downscaling analysis of the Princeton Net-Zero America Project (NZAP) 2050 wind energy projections for each county in Iowa, applying each county’s setback requirements and standards. We qualitatively considered transmission and interconnection issues that could limit clean energy growth of all varieties. Ultimately, the wind development challenges in Iowa are common across the U.S. and should be incorporated into deep decarbonization modeling and clean energy policy.

1. The scale and pace of wind deployment must grow between 3 and 17 times 2020 capacity for Net-Zero: Iowa, a national leader in wind energy with a history of supportive policies, is projected to continue playing a pivotal role in decarbonization. Across four of Princeton’s Net-Zero America Project pathways to net-zero by 2050, Iowa is projected to have: 35 to 199 GW of new installed capacity, with 12-53% of land area in Iowa indirectly impacted (~6,700 to 30,000 mi²).

2. Opposition to wind is growing, but causes are multifaceted: The prevalence and stringency of wind ordinances are increasing across the U.S. Numerous states, particularly in the midwest, have county-level siting authority, and many counties have adopted prohibitive ordinances for wind development.

Currently in Iowa, 16 of the 99 counties have stringent restrictions. Six have indefinite wind energy moratoriums, three have temporary moratoriums, and seven have ordinances prohibitive to development. All of these were adopted in the past four years during a period of rapid wind build-out.

3. There is no room for more wind without new transmission, which also faces opposition: There is little to no available grid capacity in Iowa to add wind energy without expanding transmission. Additionally, proposals for new transmission have been declining, and >60% of high voltage lines’ mileage has historically faced opposition. Long interconnection queue wait times and costs also imperil the ability to build clean energy.

4. >49% of candidate project areas are ruled out by local ordinances: We considered two conservative setback scenarios – one using only existing ordinances and one in which counties with no ordinance today adopted a permissive ordinance – as well as two different turbine size scenarios. A geospatial analysis of these scenarios shows that 49-77% of Candidate Project Areas in Iowa could be unavailable for future development. The ability to compensate for land reduction with larger turbines and repowering depends on counties not imposing height limits or adopting moratoriums in the future. 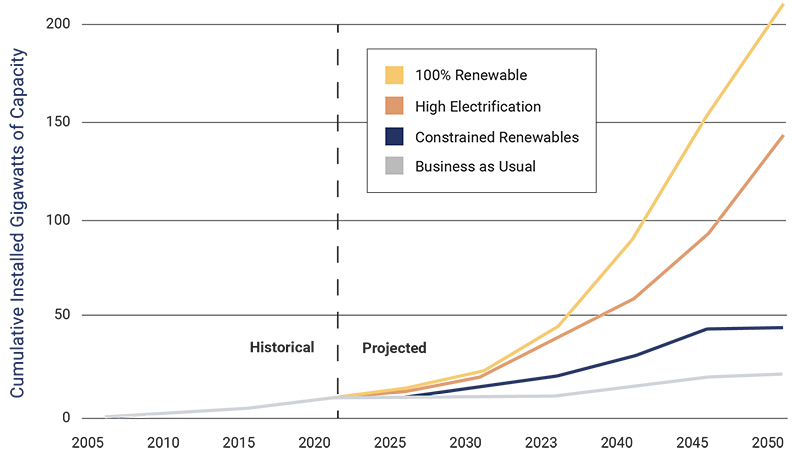 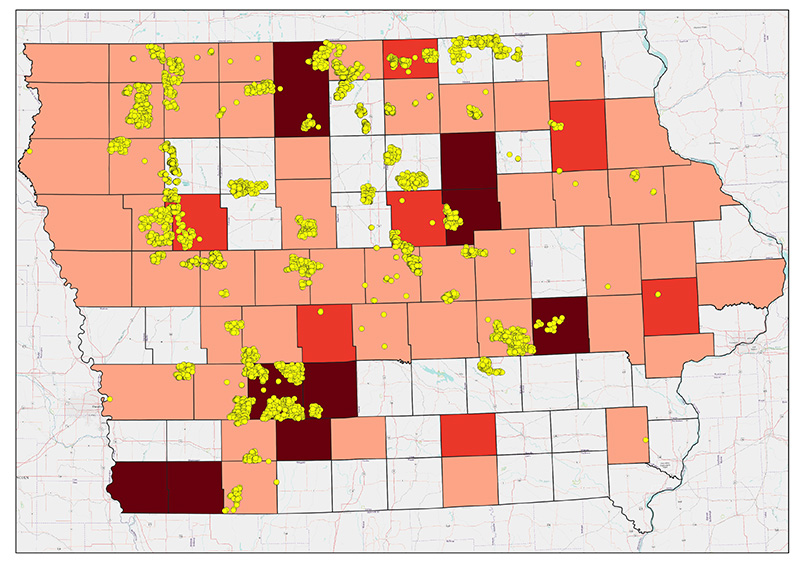 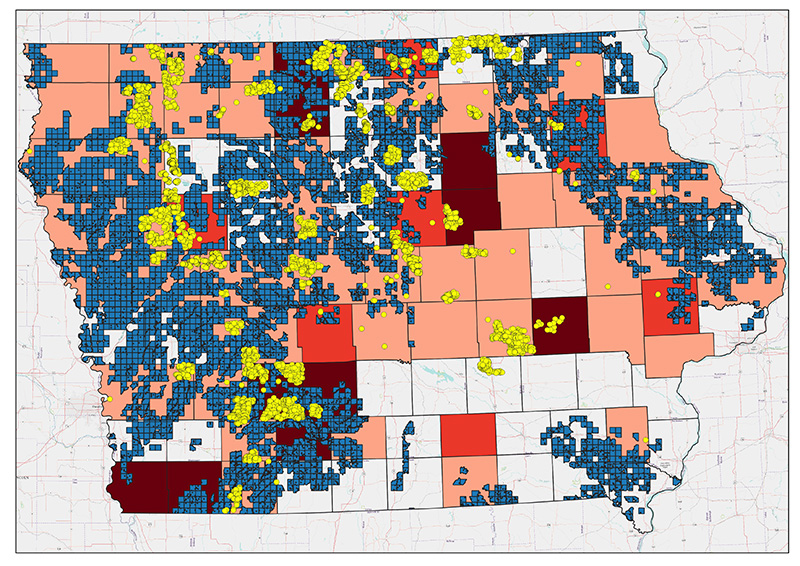 5. Regulatory reform and tech inclusivity are essential: The 100% renewable pathway level (210GW) is not possible after considering local restrictions and setbacks, even if turbines were sited elsewhere in the state. Other net-zero deployment levels are possible but depend on setbacks. Greater focus on local benefits and fairness in the project development process could empower communities and lead to more support for wind energy.

Policies that support technology-neutral decarbonization and either the reuse or optimization of existing infrastructure and rights of way are essential. 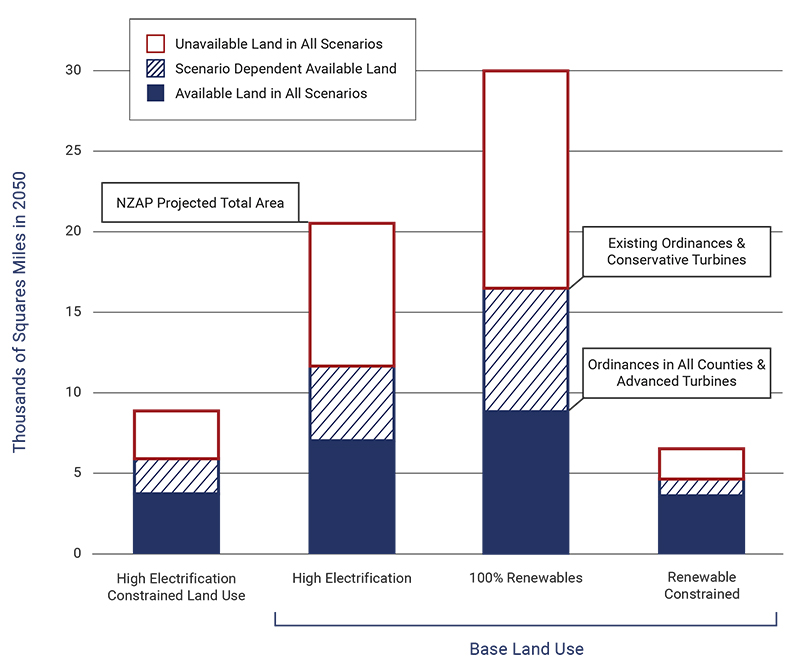