Why I Am Doing This

Whenever I talk about ClearPath, philanthropy and conservative clean energy, people ask the same question: “Why are you doing this?”

Conservatives can lead on clean energy 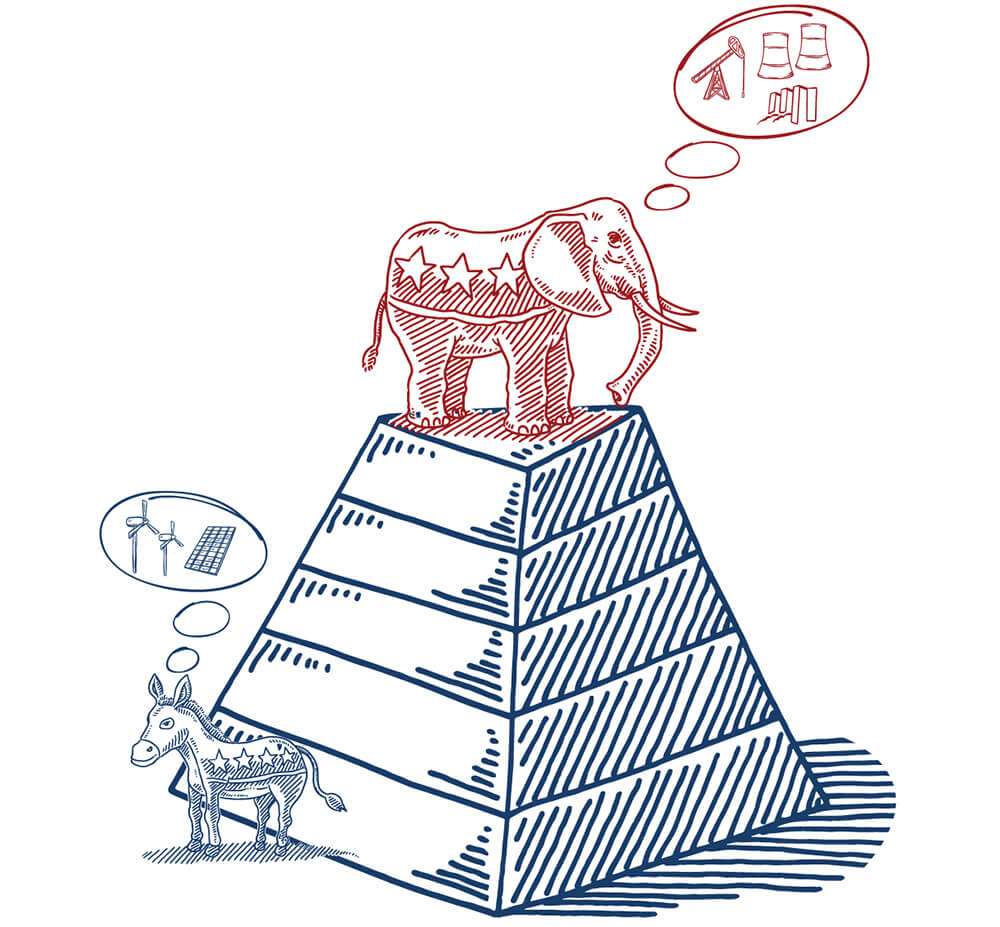 I often tell them the short answer: I want conservatives to be leaders on clean energy – from nuclear to hydropower to clean fossil fuels – both to make the environment better and strengthen real conservative leadership.

But many still think this is a little strange – and even a tad suspicious. So here’s the long answer, spanning a couple decades of my life, about why I founded ClearPath and why we work on conservative clean energy every day.

The Long Answer
After a childhood in Charlotte and graduating from the University of North Carolina, I landed my first job working for a government contractor specializing in the sale of assets of failed savings and loans. Even as a 22-year-old, I realized quickly there were absurd policies dictating how we could sell those properties and allowing the government to get in the way of common-sense solutions. I mean, government could mismanage a two-car parade. That is why a smaller, less-intrusive government is the better conservative choice.

After business school (and a not-so-successful attempt to build a Blockbuster Video franchise in Portugal), I started a small home technology business that morphed into SnapAV. We built Snap into the largest and most disruptive supplier in our industry. It was a fun and wild ride, during which I earned my first real taste of success as an entrepreneur. I also started contributing to conservative candidates even though I largely stayed out of politics.

But four years ago, I got an itch for change. I had been fortunate in my success selling custom gear to audio-visual installers. Now, I wanted to give back in the prime of my life rather than at the end of it. So I convinced the team to sell SnapAV to a large global private equity firm, transferred most of my earnings to a foundation, and made the transition to full-time philanthropist. My daughter named ClearPath.

Why Energy?
I looked at a couple of big issues and settled on energy and the environment. During the little spare time I had while building SnapAV, I became interested in how to protect the environment using free markets.

My best memories with my father growing up were while hunting and fishing in the South Carolina Lowcountry. There I saw how fragile nature can be. I felt the need to steward what we inherited, what I’d enjoyed, so our kids could inherit it too. I contributed money and some time to foster this conservation stewardship, a goal long backed by conservatives from Teddy Roosevelt on down and far removed from many of the major partisan battles of today. 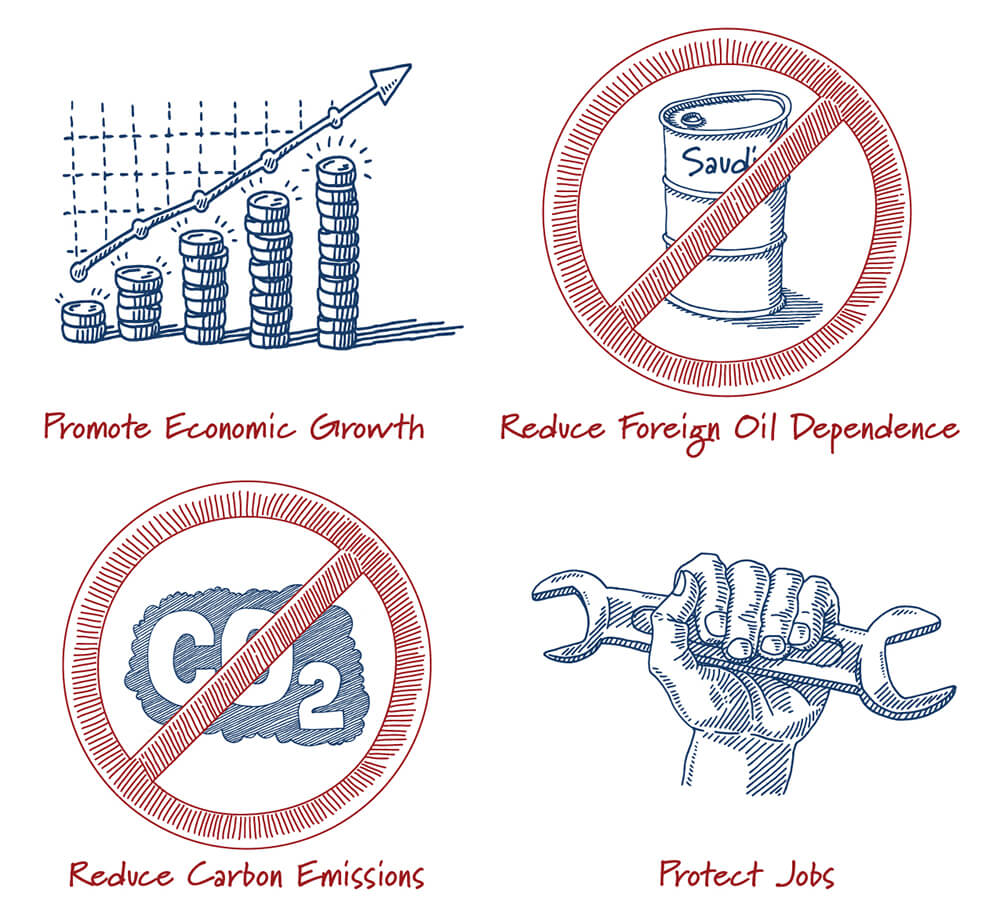 But I’ve also long thought that energy and environmental policy should be a powerful tool for conservatives and believers in small government. Whether it was Roosevelt’s creation of the national parks, Ronald Reagan’s global leadership to fix the ozone hole or George W. Bush’s common-sense energy efficiency and nuclear policies, conservatives over the decades have shown how they can effectively lead in this arena.

But more recently, I watched the conservative movement cede these issues to the left.

Why couldn’t conservatives develop a national energy agenda that grows the economy, lessens our dependence on foreign oil, protects jobs over lizards and reduces carbon emissions? The media obsesses over this last point; they love dissecting exactly how conservatives talk about climate science. But that misses the point.

Look, I think climate change is a problem we should solve. This is not something I will apologize for. I also think it is a global problem and having the U.S. move on solutions that we can’t sell to the rest of the world doesn’t make a lot of sense either.

Regardless of how risky folks think carbon is, I think we can agree on ideas such as enabling advanced nuclear innovation and the importance of clean coal technology. Just look at the advanced nuclear bill that unanimously passed the House and bipartisan legislation being championed by unlikely allies James Inhofe and Sheldon Whitehouse in the Senate. Or read the carbon capture bill Senate GOP Leader Mitch McConnell is co-sponsoring. The point here is we don’t need to agree on the cause or even extent of the climate problem to agree on conservative clean energy solutions.

Unfortunately, our climate conversation has generated a lot of heat but not much light. The left has put forward big government solutions for carbon emissions and big subsidies for solar and wind, and in the process has hogged the microphone and scared away true conservatives from the topic. The left increasingly treats solar and wind as policy ends in and of themselves, as opposed to a couple of tools in a clean energy toolkit. Meanwhile, the right has been playing defense in the clean energy debate, and quickly losing ground.

After doing a lot of research and soul searching, I decided to jump in and try to move policies that fit my economically conservative principles.

To be crystal clear, I have no competing motivations or financial self-interest and no higher ambitions other than our mission: accelerate conservative clean energy solutions.

Where is ClearPath now?
After studying the policies from all angles and hiring the smartest people I could find on energy policy, my team found four areas that we thought were crucial to advancing a conservative clean energy platform: nuclear power, hydropower, innovation and clean fossil fuel technologies.

After initially launching as a mainly content-based online public education effort, the strategy and scope has expanded to reflect the realities of improving the public discourse particularly in the nation’s capital. Politics drives policy, and policy drives our heavily regulated energy system. There is good news on energy politics: clean energy is much more important to voters than politicians think. In fact, though clean energy is a low priority issue for most voters, our research found that clean energy swing voters are the more persuadable than other swing voters. There are 29.8 million prospective clean energy voters, making it a top peel-away issue.

We’ve found that innovation for better technologies is the key to abundant, clean and affordable energy. Crazy regulatory structures are holding back that innovation, such as the impossible NRC licensing process that’s inadvertently sending our nuclear energy innovators to China and other countries eager for advanced nuclear.

Somehow the hard-left environmental movement thinks they can reach their climate goals by hobbling our industry and restricting the building out of our infrastructure. Somehow they claim America should only run on solar and wind, and thereby disagreeing with another “scientific consensus” that variable renewables can affordably be only a portion of our energy mix.

What’s the master plan?
I get asked a lot about a “Big Solution” for clean energy and lower carbon emissions.

I wish we were hiding a brilliant master plan, but we’re not. It’s hard to predict innovation, and this is an innovation challenge. Like Bill Gates, we don’t believe we have the technologies in place to solve the problem yet.

Major energy transitions have been done not with big government mandates but when newer, better, cheaper and cleaner technologies displaced older and more expensive ones in the market. We must make clean energy cheaper.

ClearPath is not going to figure out the master plan next year – or the year after that. We’re just one group and we are ready to be at the table with industry, policymakers and civic leaders to build an energy agenda that works for everyone.

Of course we bring our current point of view to the table:

I feel very fortunate to be in a position to play a small part in a more informed and forward-looking discussion on America’s energy policy. I am an optimist about America’s ability to be the innovator and leader of the world on its energy future and to reap the benefits.

That’s the story so far.