Following in the Climate Footsteps of Global CEOs

Leaders of the world’s largest corporations, who have access to the best information, have voted climate change as the world’s top risk.

And as a nation, we are moving past the debate on whether man-made climate change is happening. You know things are different when the American Petroleum Institute is on the record accepting this reality:

The risks of climate change are real. Industrial activity around the globe impacts the climate.

Executive Pay is Being Linked to 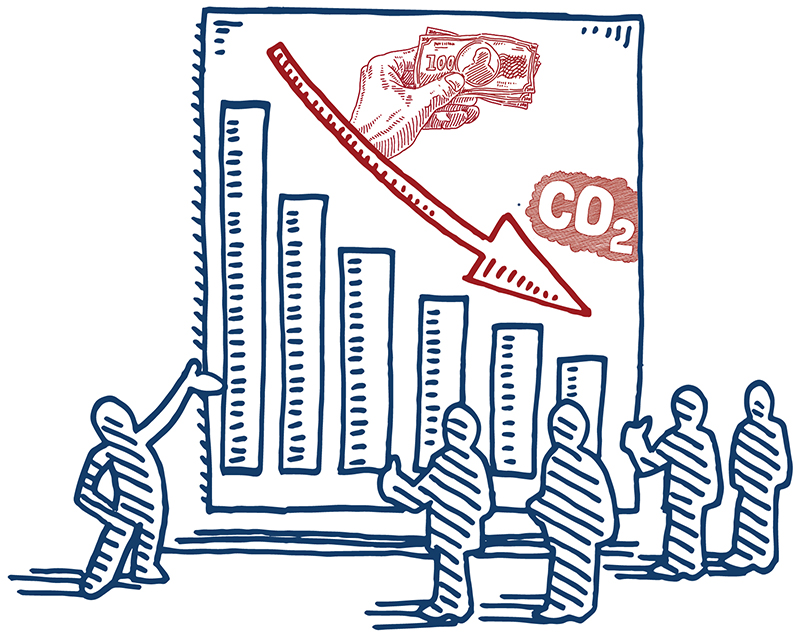 Top energy companies such as Shell, BP and Southern Company are linking executive pay to greenhouse gas emissions reductions. Blackrock, the world’s largest asset manager, recently published a report called “Global Warming’s Impact on Portfolios.” It isn’t pretty. The U.S. Chamber of Commerce recently released a statement calling on “policymakers to seize on an approach that rises to the challenge of climate change.” Even the Federal Reserve is putting out notices on the economic risks of climate change.

Business leaders have accepted climate change as a problem that needs solving. What about the rest of us and those we elect? How should climate change rank in order of priority? Rational analysis doesn’t always go hand in hand with retail politics, but it’s not a bad place to start. One rational data point is the 2019 Global Risk Report released by the World Economic Forum (WEF), which every year hosts a conference attended by top global business and political leaders and economists in Davos, Switzerland. Here’s how they describe themselves:

The World Economic Forum (WEF) provides a platform for the world’s 1,000 leading companies to shape a better future.

Example companies include energy giants such as Exxon, Chevron and Shell; the world’s biggest insurers (they know about risk): AXA, Swiss Re, Zurich Insurance, Lloyd’s of London; our biggest banks: CitiGroup, Bank of America, JP Morgan Chase; and other well known brands like Coca Cola and Procter and Gamble.

I think it makes sense to pay special attention here because this group has incredible access to information, and they see how global trends are affecting their worldwide operations.

The report presents the results of our latest Global Risks Perception Survey, in which nearly 1,000 decision-makers from the public sector, private sector, academia and civil society assess the risks facing the world. Nine out of 10 respondents expect worsening economic and political confrontations between major powers this year. Over a ten-year horizon, extreme weather and climate-change policy failures are seen as the gravest threats. 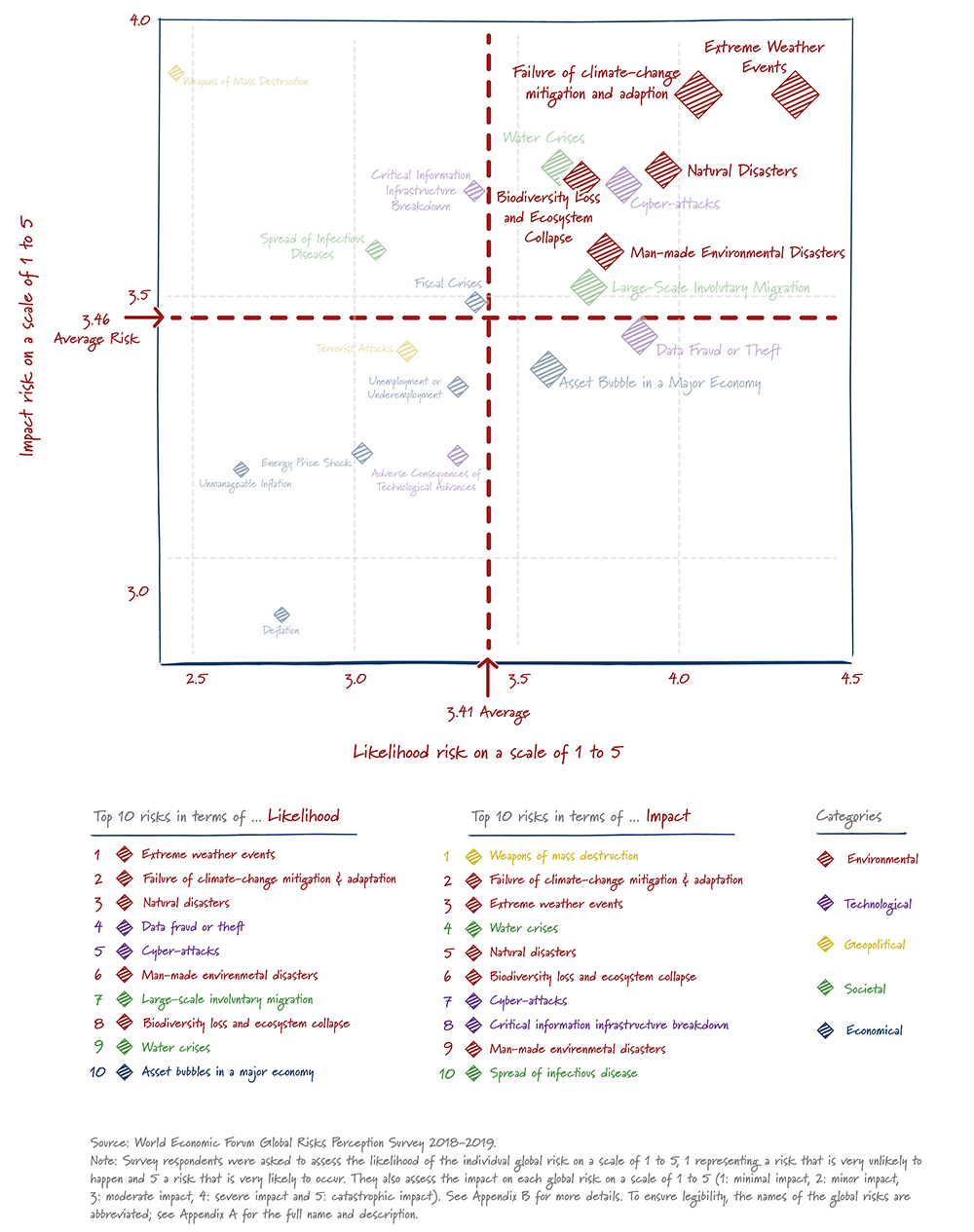 As you can see climate change dominates the graph. It has huge impact and is happening now.

How can climate change be this impactful when ranked against all the risks the world faces? The below graphic outlines how the interconnected nature of climate change greatly increases it’s threat level:

The Interconnections of Global Risks 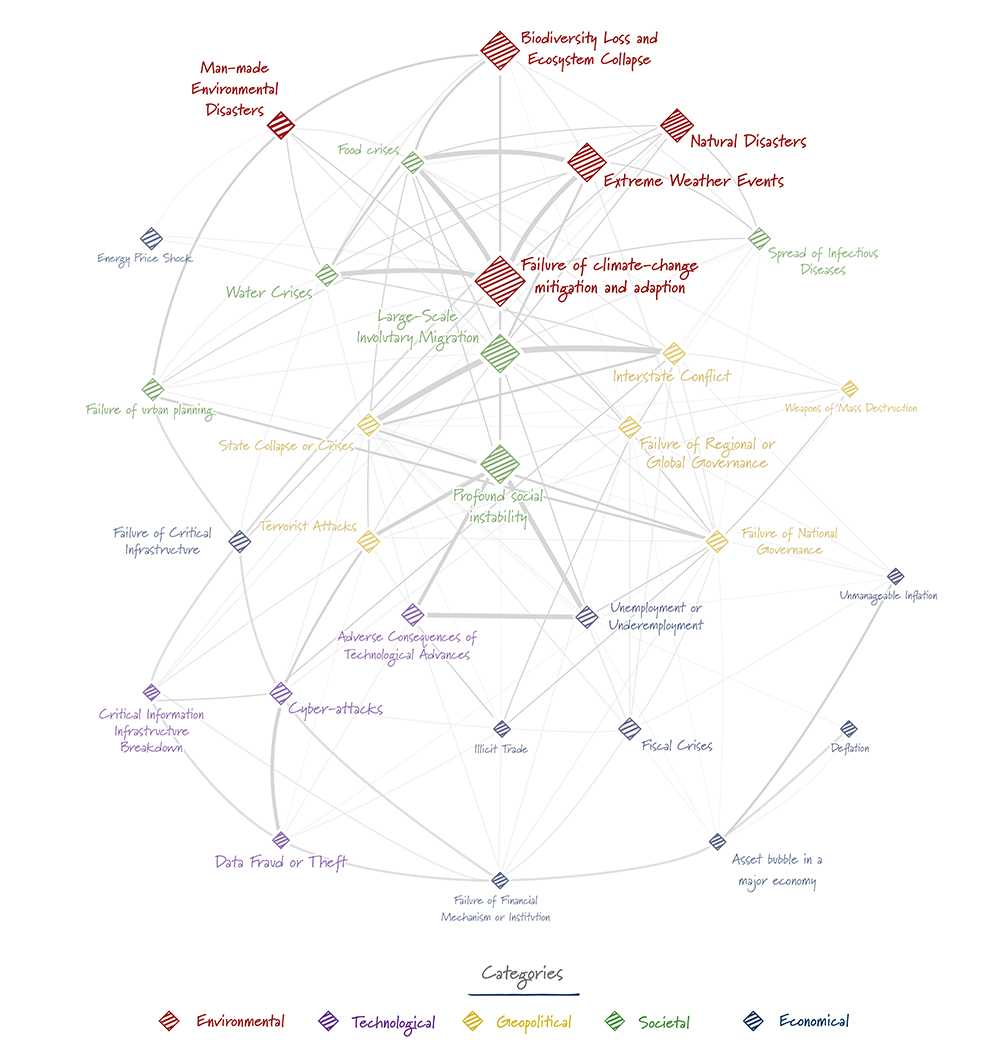 Extreme weather events lead to food crisis in developing countries that leads to political instability. Extreme rainfall caused by a warmer atmosphere leads to more pooling of water and breeding grounds for disease carrying mosquitoes. And so on.

It is one thing to be the prevailing logic for decision makers at the top of the global industrial ladder. It is an altogether different and somewhat emotional thing that prioritizes politics and policy. When will these forces collide? My guess is sooner than later.