A Battle For Nuclear Jobs 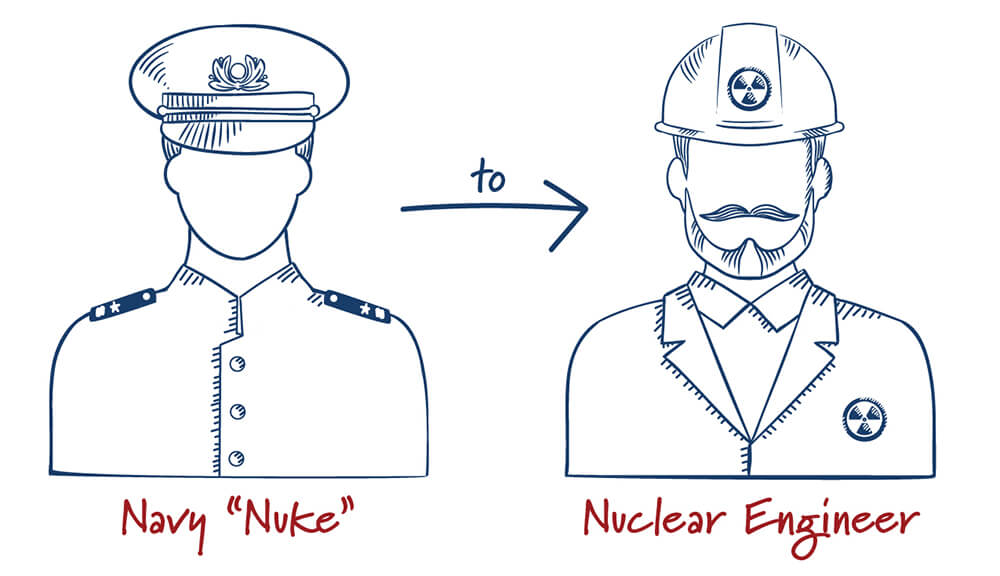 The nuclear industry is one of our most sophisticated and important industries, a lifeblood for our economy and national security.

But we aren’t harnessing enough of the nuclear talent we pay top dollar for in the Navy because they have nowhere to go.

Providing a pipeline for our top-skilled military veterans to get the high-paying and rewarding jobs they deserve is one of the more under-acknowledged benefits of preserving and advancing the commercial nuclear fleet.

David Giles was a Navy “nuke.” After graduating from its nuclear program (an impressive feat with a 75 percent failure rate), he spent four years traveling the world on a reactor-powered submarine. And after leaving the service in 1997, he went to work for … an asphalt plant.

A nuclear sector job was at the top of his wish list “but it was not in the cards at the time,” Giles said.

During his 10 years managing the asphalt plant, David received a steady stream of inquiries for his services in the advanced nuclear sector – in the United Arab Emirates.

“I used to get them all the time [but] I prefer to stay stateside,” he said.

But David may have been more of an exception to the rule.

The UAE government spent about $100 million to establish a nuclear development industry and they hired a bunch of our best people to run it. 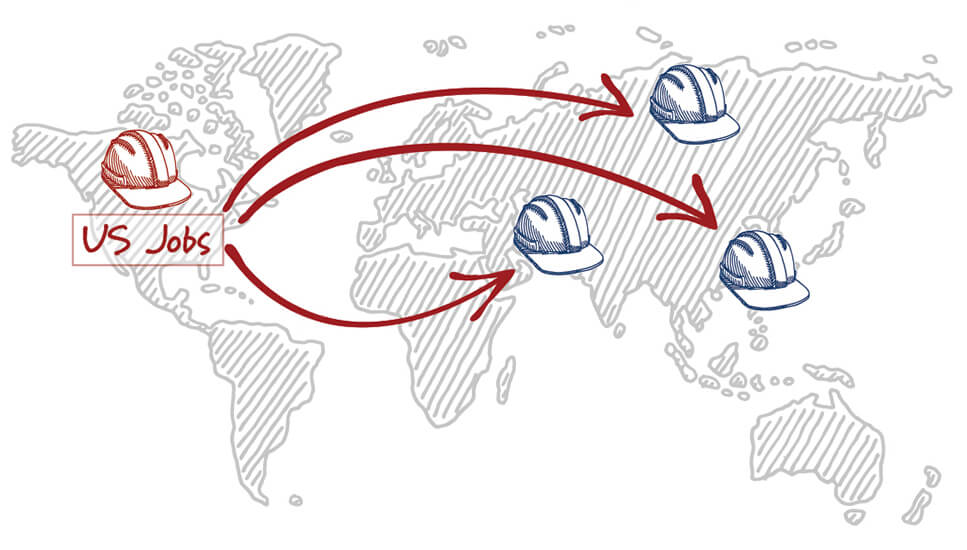 And with 38 percent of the nuclear workforce eligible to retire in the next few years, making sure those like David join the U.S. commercial sector may be that much more critical.

One senior manager at a leading nuclear utility referred to some of the speciality-skilled nuclear labor as endangered species. “The ultimate challenge that comes with this is knowledge transfer,” the manager said. “We struggle with this in a mighty way, and when you combine that with the desire of young employees to move around and up, it can be difficult to find folks to anchor those critical roles.”

Giles is now a construction compliance engineer at Southern Company’s Vogtle advanced reactor project, which comes with “significantly better” pay. It’s also a project where “the caliber of the workforce is extremely high,” he said, including former Navy submarine mates and other vets from the Army, Coast Guard and Marines.

And the good news is projects like Vogtle allow the the industry to attract bright young talent into the fold.

Steven Zabo was deployed with fellow Marines in the first unit of the surge in the Iraq War in 2007. It was … stressful.

But it also helps in handling the pressure and multitasking necessary in his current job as a maintenance engineer at Vogtle. “We’re trying to be the tip of the nuclear spear essentially and we’re trying to do it right safe and compliant,” he said. “So there’s stress. The whole nuclear industry depends upon it.”

Don Gillahan, another graduate of the Navy nuclear program, said “there wasn’t a lot of prospects in the nuclear industry” when he left the service in 1993.

Gillahan instead went to work for Asian auto manufacturers that were flooding the Southeast in the 1990s and offering the high-caliber jobs the nuclear industry wasn’t at the time.

The cutting-edge auto manufacturing being done by these companies in the 1990s is a “very good parallel” to what Southern is doing at Vogtle, he said.

But unlike in the Navy, the commercial nuclear sector just wasn’t building or expanding for many years (there were no reactors under construction at existing plants from 1977 to 2013).

The reason the Navy builds subs all the time is so “they don’t forget how and lose the people that do that job,” Gillahan says. If you don’t build new commercial nuclear reactors “everybody who used to do it is now fishing,” he said. 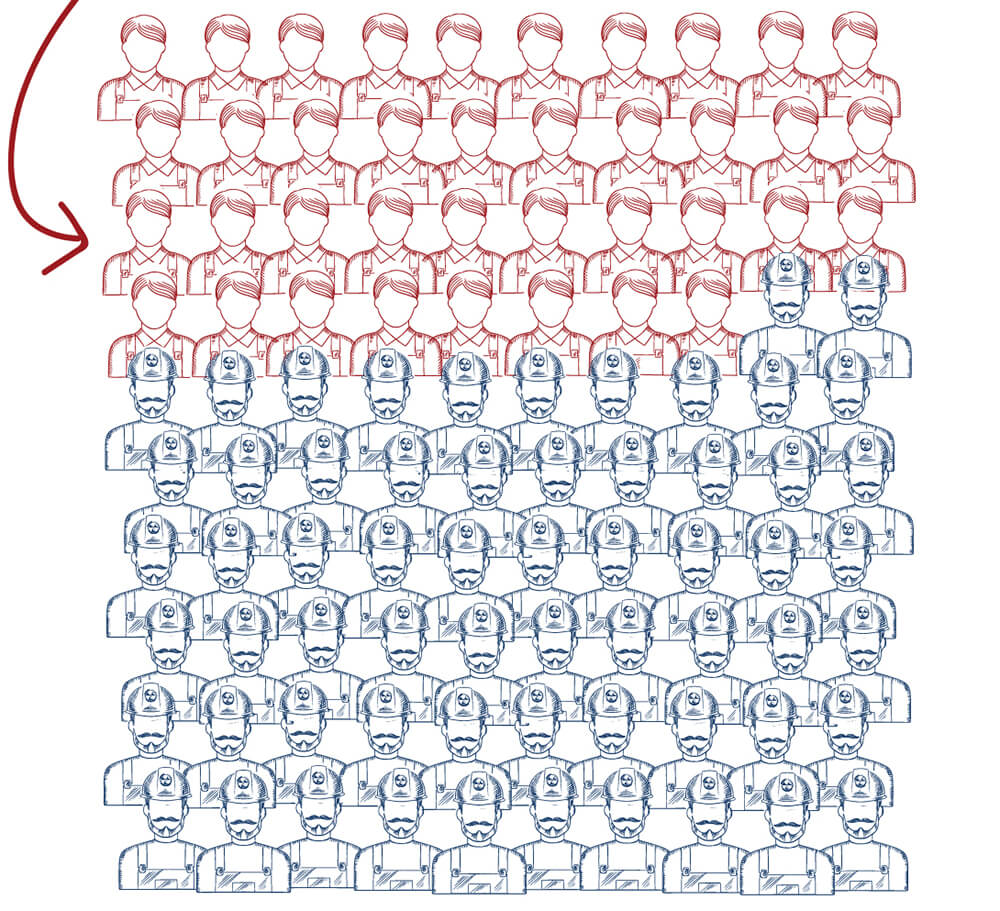 The biggest issue is the retirement of the road warriors, specialists who travel the country to refuel nuclear plants during outages. As we begin losing more plants, we lose these guys. And as we lose them and others to retirement, it’s going to make nuclear more expensive.

There are promising developments, thanks to programs aimed at more broadly countering the 1.5 million energy sector retirements expected in the next 10 years.

Helmets to Hardhats, a nonprofit program created in 2002, connects retired and transitioning active-duty military service members with particularly skilled training to career opportunities in the nuclear and other construction industries.

Troops to Energy Jobs was created in 2010 by the Center for Energy Workforce Development and is specifically designed to get them the high-quality jobs in the energy sector.

Veterans in Energy, a joint federal, industry and labor effort, followed in the past year and aims to offer transition, retention and professional development support.

But we need to do more.

We can’t afford to let more jobs slip away and for the industry to literally retire itself out of existence. A whole nuclear ecosystem depends on it.