Parting Gifts for Carbon Capture, From the 116th Congress

Carbon capture enjoyed a winter flurry of federal policy victories in the waning days of 2020 and at the start of 2021. In just a little more than a week, carbon capture hit a policy trifecta: new, aggressive R&D authorizations, a carbon capture tax credit (“45Q”) extension, and final Administrative rules on how project developers can properly claim the 45Q credit.

A federal tax credit extension
The federal 45Q tax credit, one of the main motivations for new carbon capture projects, was extended for two more years. Developers now have until December 31, 2025 to commence construction on projects to be eligible for the credit. More than two dozen projects have been publicly announced and are at various stages of development since Congress made sweeping changes to the credit in 2018. This extension was critical because time was running short to provide financial certainty to project developers, and carbon capture projects take several years to plan, often involving multiple stakeholders and hundreds of millions of dollars in investment. In 2018, Congress made major legislative changes to the credit, but for two years, the Internal Revenue Service (IRS) did not finalize Administrative rules to claim the revamped credit.

A new credit, with new rules from the IRS
Coincidentally, the IRS published its final 45Q regulations just ten days after Congress extended the credit. Taken together with the credit extension, the regulations provide much needed regulatory certainty and clarity that developers require to make significant investment decisions. The final rules are pragmatic and make a number of improvements recommended by ClearPath last summer to the proposed rule. Key clarifications include: 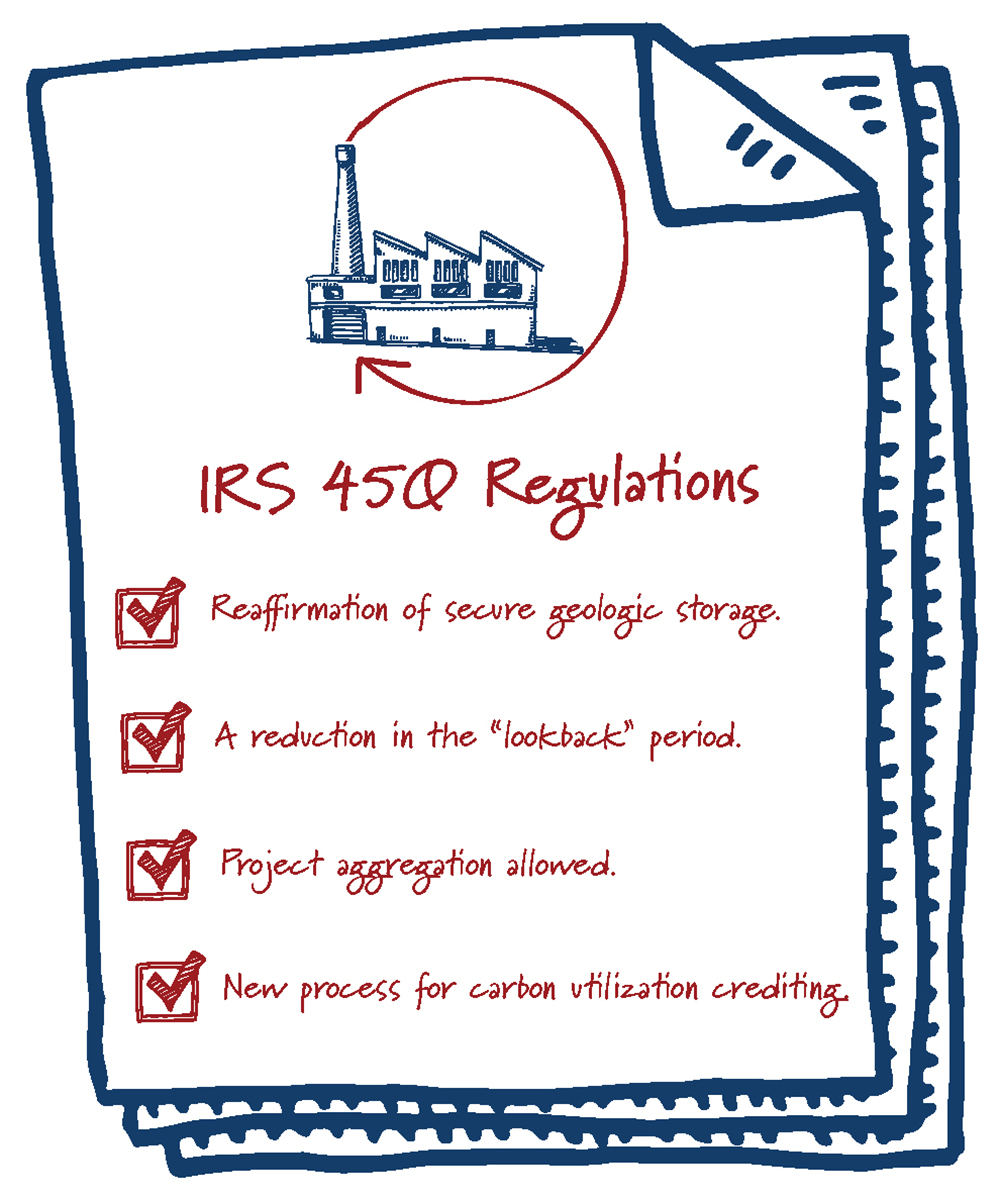 With clean energy and climate policy likely on the top of the to-do list for the next Congress and Administration, policymakers should pick up where they left off – working on real, bipartisan solutions that accelerate clean energy innovation, not delay it. That means continuing to invest in innovation, streamlining the permitting process, and making it possible for developers to build more expeditiously. Carbon capture hitting the policy trifecta is just the beginning.