Clean Hydrogen: A Trend Built for the Long Haul

What’s old is new isn’t just true for fashion (and advanced nuclear reactors, for that matter). Hydrogen is making a ferocious comeback with a twist after going out of style nearly a decade ago. Instead of hydrogen-powered passenger cars, the hydrogen hype of today promises a holistic path for power, industrial, and transportation decarbonization.

The American Petroleum Institute was the latest to join the hydrogen bandwagon, identifying the tiny molecule as a big thrust in its new Climate Action Framework. This is the latest of a long line of recent announcements including General Electric’s new hydrogen strategy for its turbine business, Midrex’s direct reduced iron plant in Ohio, and SoCalGas’ demonstration of hydrogen and natural gas blending.

Why Is This Time Different?

The promise of a hydrogen economy has tantalized scientists for decades: a versatile chemical and fuel with no pollution. A technological solution on the level of fusion energy. What makes this recent trend worth paying attention to? The impacts of climate change are becoming tangible, and there has been a sea change in why clean energy technologies are valued. Hydrogen is a unique molecule that has the ability to cross between traditional energy sectors; it intersects electrical, industrial, and transportation applications. Steel plants are already producing low-carbon steel with hydrogen. Amazon and Walmart already use hydrogen at their warehouses to operate around the clock. Hydrogen is already used by data centers as reliable backup power. There are other technologies that can lower the cost of hydrogen that are also on the cusp of commercialization like very efficient, high-temperature hydrogen production being demonstrated at an Xcel Energy nuclear plant. 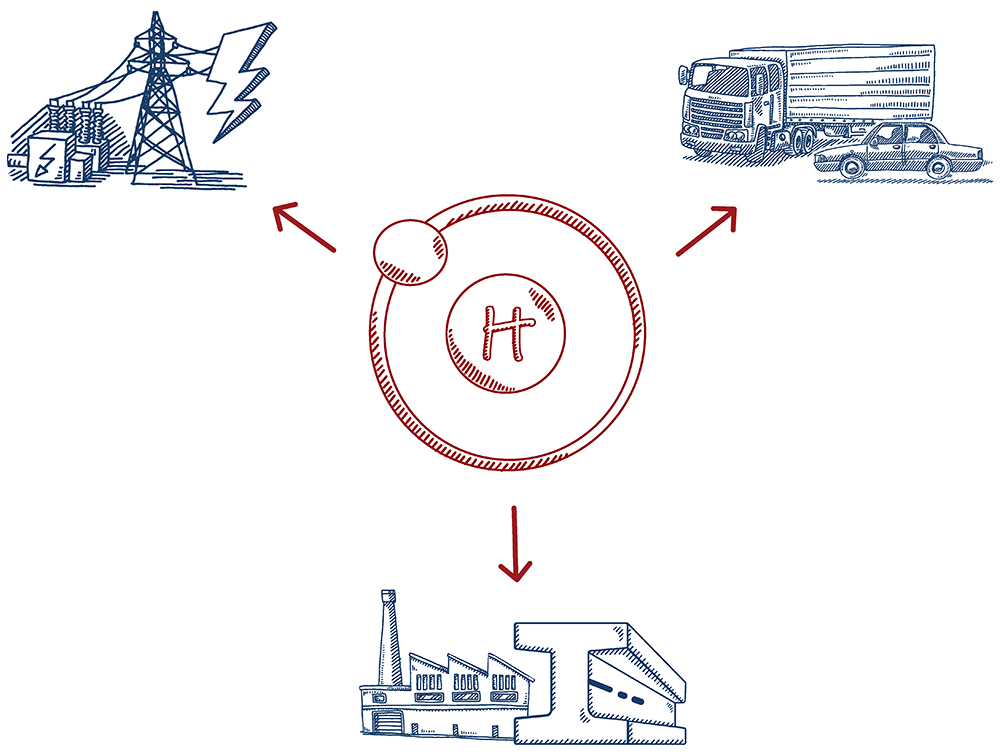 While many companies are preparing for hydrogen to play a significant role in the energy economy, there are still some significant obstacles in the way. These can be removed by implementing a few simple policy recommendations.

Many Production Methods for the Same Molecule 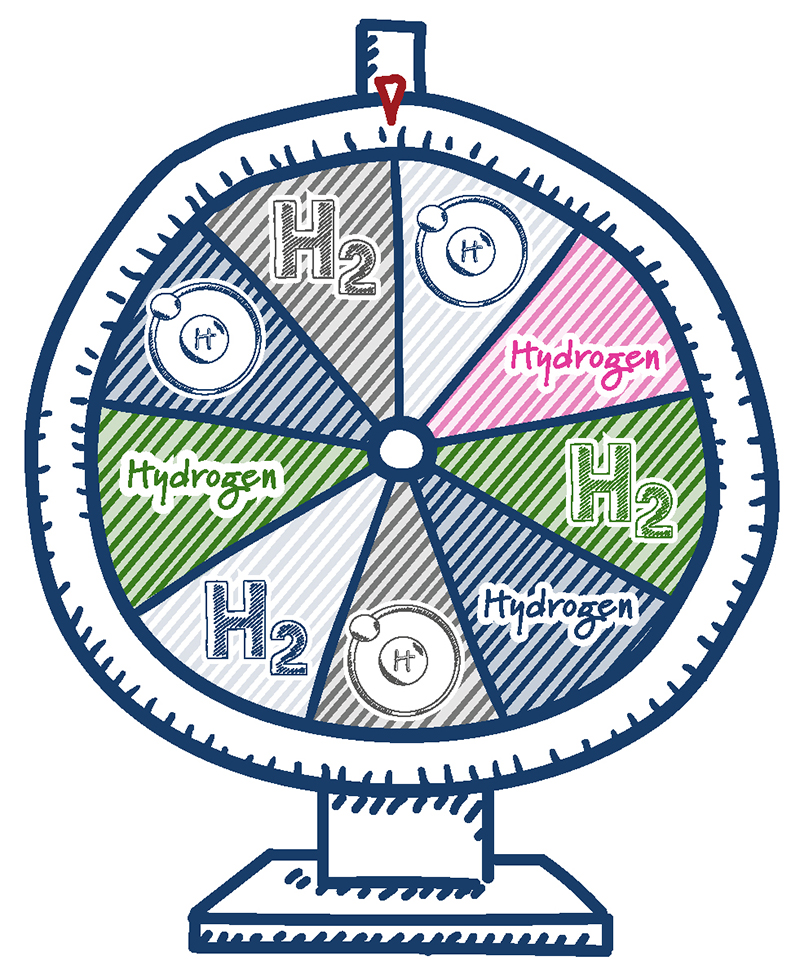 Take a Technology-neutral Approach to Hydrogen R&D Policy. The media often refers to ‘green,’ ‘blue,’ ‘grey,’ ‘white’ and even ‘pink’ hydrogen to describe different hydrogen production methods, but the hydrogen ‘rainbow’ doesn’t capture nuance. Whether created by renewables, nuclear, or an army of hamsters on wheels, the colorless hydrogen molecule produced is the exact same — the only difference that matters is the carbon emissions produced. Policy needs to focus on the emissions of hydrogen production, not the process of how it is made. There should be support for every clean hydrogen production method to account for energy diversity across the country. The Energy Policy Act of 2005 heavily favored production by renewable energy through electrolysis. Moving forward, the U.S. Department of Energy’s (DOE) research, development, and demonstration efforts should be updated to embrace the full suite of clean hydrogen technologies available and take advantage of the expertise across the Offices of Energy Efficiency and Renewable Energy, Nuclear Energy, and Fossil Energy.

Modernize Codes and Standards. Hydrogen is a highly versatile molecule, but it can be difficult to transport. It can be transported by tanker truck, ship or pipeline, but most infrastructure in the U.S. was not designed to handle hydrogen or its popular carriers (looking at you, ammonia). Since hydrogen is so small and reactive, hydrogen is more likely than natural gas to escape from pipes and valves, so extra care is needed to transport it. There are several solutions being pursued for hydrogen transport, but as they are developed, these solutions need to be synchronized across the electrical, industrial and transportation sectors.

Support Early Movers. We are still in the early days of the hydrogen economy and the ‘chicken or the egg’ problem is real. Today, there are only a few dozen hydrogen fueling stations that exist in the country. High reward, deep decarbonization projects like cleaning up steel, grid scale energy storage, or hydrogen for grid scale power have high financial risk.

A Roadmap for Simultaneous Development of Production, Demand, and Infrastructure 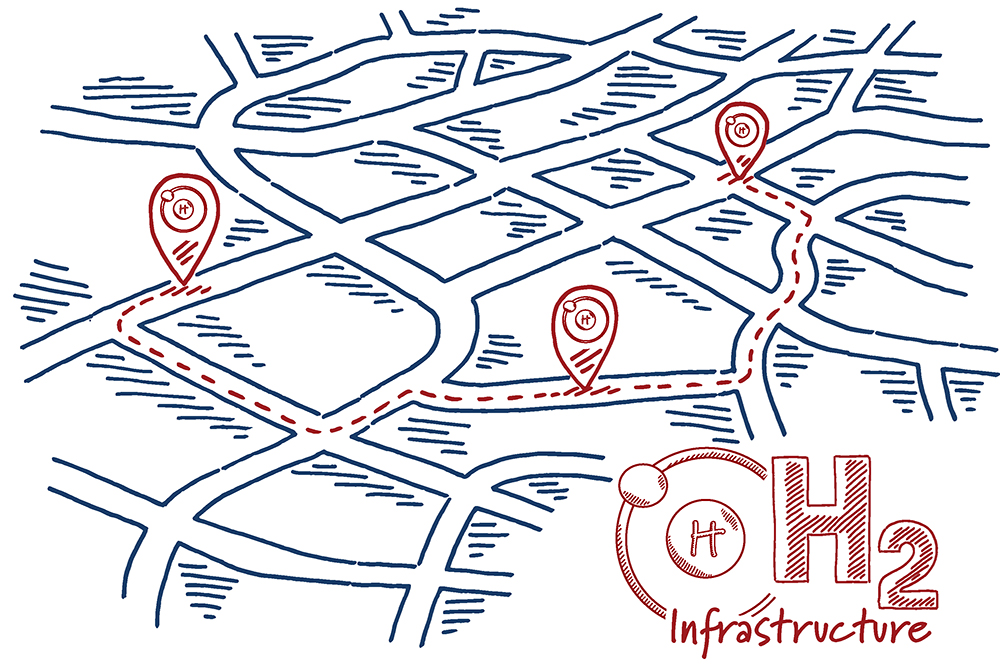 We’re still in the early days of developing the hydrogen ecosystem. This makes the federal government’s role to establish the rules of the road (or to help pave the road) and to seed critical R&D activities that can pay dividends in the future critically important.

The Missing Market Signal to the Clean Energy Puzzle
September 8, 2021

The Energy Sector Innovation Credit Act is an industry game-changer (The Hill)
August 11, 2021

A “Reversible Rust” Battery That Could Transform Energy Storage
July 22, 2021
Go to Top
Share
Share with FacebookShare with TwitterShare with LinkedIn
This site uses cookies: Find out more.