The searing heat waves in California this summer made reliable electricity top of mind for everyone. Coupled with increasing clean electricity demand, we are seeing western states turning to renewable geothermal energy for new electric capacity.

Geothermal provides emissions-free heat and power with the highest capacity factor of any renewable energy source. It also has a small land footprint, which is an increasingly valuable trait as large-scale renewable energy siting runs into headwinds. States, utilities, and investors are all beginning to realize that geothermal is a no-brainer – all that’s left is getting the regulations in order. 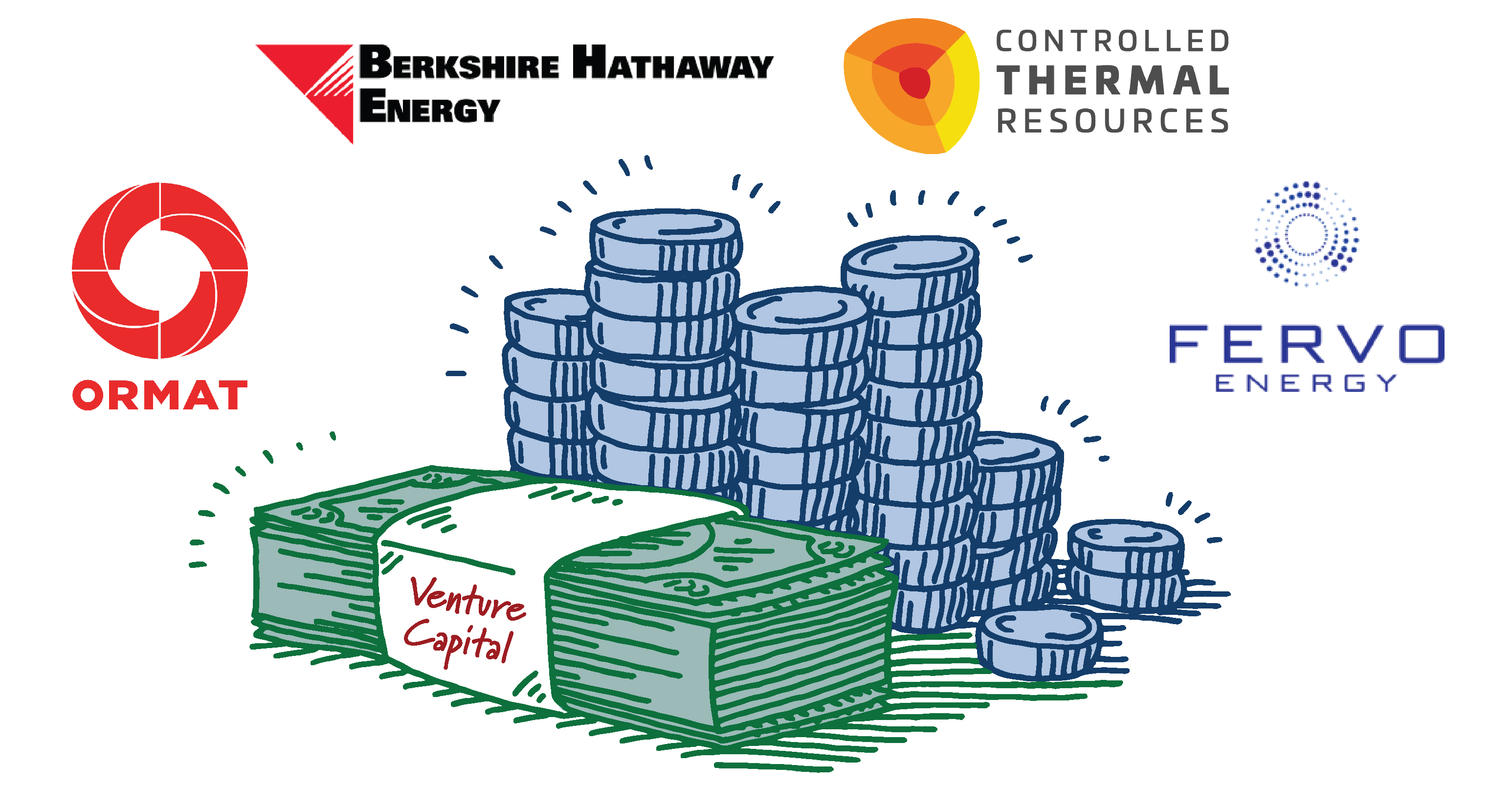 Geothermal is a Winner for Clean Reliability

With that in mind, it’s unsurprising that California has called for 1,000 MW of non-weather-dependent clean power by 2026, almost all of which will be geothermal energy. Since the start of the year, five American companies and utilities have signed long-term power purchase agreements with various geothermal companies, including Ormat, Fervo Energy, Berkshire Hathaway Energy, and Controlled Thermal Resources. These new power contracts, totaling 450 MW, make up more than four times the total geothermal capacity contracted nationwide in 2021.

400% Increase in Geothermal Capacity Contracts in First Half of 2022 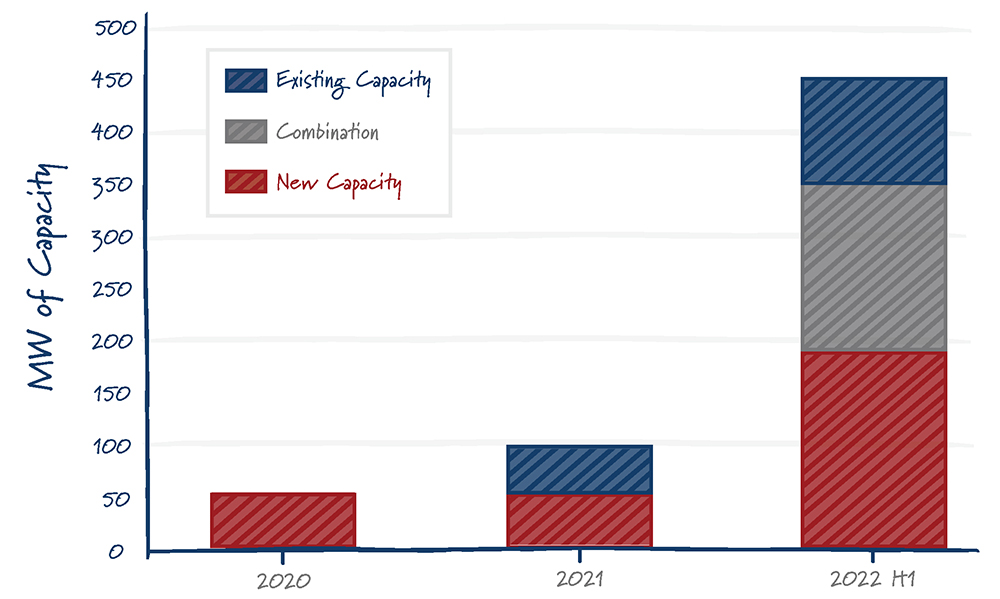 Elsewhere in the west, the Western Governors Association (WGA) has made geothermal energy its signature initiative for 2023. Led by WGA chairman Governor Polis of Colorado, WGA will work to support permitting and land use improvements, workforce development, and resource assessments to accelerate geothermal development. 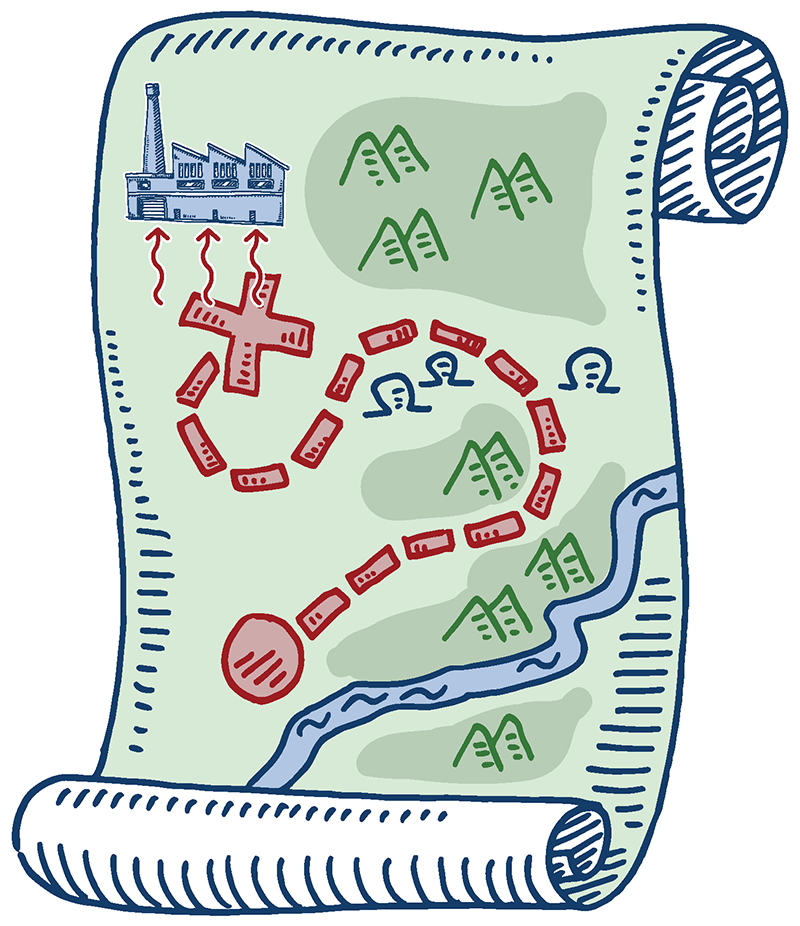 A Winner with Investors

Money is beginning to pour in from investors and prospectors too.

In the last month two geothermal startup companies — Fervo Energy and Zanskar — raised $138 million and $12 million, respectively, from a variety of venture capital firms. Both Fervo and Zanskar’s business strategies demonstrate that there is significant untapped potential in geothermal development. Fervo focuses on applying cutting edge subsurface techniques from the oil and gas industry to greatly improve the affordability of geothermal. Meanwhile Zanskar is a newer startup focused on improving the fidelity of geothermal resource assessments in order to lower the risk of geothermal developments.

A Winner for Land Use

Meanwhile, geothermal prospectors are clamoring for access to prime federal land. 90% of known geothermal resources are located in the western U.S., and most of those are on federal land available for lease from the Bureau of Land Management (BLM). The most recent lease sale concluded on August 30th. The auction set a new record of 192,000 acres of land leased from 22 total bidders raising nearly $3 million in revenue. – nearly twice as much acreage as the previous record from 2019.

Geothermal energy is one of the least land intensive electricity sources available, second only to nuclear energy. Geothermal has five times as much electricity generation per acre than solar, and 10 times as much as onshore wind. Over time these land use benefits will become an increasingly important benefit for geothermal, as land use concerns for other renewable energy resources have grown.

Today, A Loser For Quick Permitting

The greatest challenge preventing geothermal from reaching its full potential is its development limitations on federal land. 90% of geothermal potential in the U.S. using today’s technology is on public lands managed by BLM. Any geothermal energy exploration or development on BLM land must go through a comprehensive environmental assessment (EA) under the National Environmental Policy Act (NEPA).

Research from the National Renewable Energy Laboratory (NREL) estimates that each final geothermal well on public land ends up invoking NEPA up to six times (with each EA taking 10 months), resulting in an average development timeline of eight years. Timelines on public lands have been further constrained by the lack of a centralized permitting office at BLM, leading to duplicative environmental and regulatory assessments among local offices.

Oil and gas development on public lands does not face the same development challenges as geothermal because a variety of Department of the Interior Categorical Exclusions (CX) to NEPA were passed as part of the Energy Policy Act of 2005. Extending these CXs to geothermal will reduce the amount of exploration required and will greatly decrease the timeline and financial risk of geothermal development.

It’s becoming clearer that geothermal’s high reliability and flexibility can provide value in a net-zero electricity system. A recent research paper from Princeton University analyzed the role of geothermal reservoirs as potential energy storage technologies in a clean energy system. They found that geothermal systems can effectively be operated as thermal batteries, increasing output during peak hours and saving up heat during times that other clean sources are generating. The paper found that this flexible operation could increase the value of geothermal energy by up to 60%.

Other new research from NREL contemplates the supply-side options for reaching 100% clean power by 2035. This is one of the first studies to fully contemplate the impact of significant R&D advancements in geothermal since 2019’s Geovision study. They found that under certain scenarios in which advanced drilling potential was achieved, the total deployment of geothermal could reach 300 gigawatts – 100x today’s capacity. The Department of Energy reinforced this finding by setting a new Enhanced Geothermal Earthshot, effectively a goal to cut the cost of geothermal 90% below 2020 levels by 2035.

Between private investment, public demonstrations, and ongoing research, it’s clear that geothermal’s time has come. It’s time for the federal government to get out of the way and let this clean, reliable energy source flourish. Geothermal NEPA treatment on federal land deserves parity with oil and gas development.