Posted on December 13, 2022 by Natalie Houghtalen and Mallory Shaevsky

During the flurry of lame-duck activity, the Senate Foreign Relations Committee passed the International Nuclear Energy Act (S.4046) by voice vote. The policy is intended to support global clean energy deployment and national security. The United States, in partnership with its allies, must offer a competitive alternative to Russian nuclear exports, or Russia will continue expanding its geopolitical influence.

Today, Russia dominates the nuclear export market, building 75% of the world’s exported nuclear reactors. Each of these reactors provides 1 gigawatt of electricity, equivalent to 800,000 U.S. homes. Russia is offering to build, own, and operate power plants internationally, only selling electricity and the benefits of nuclear electricity production. This business model gives Russia control over the electricity that enables emergency services, education, telecommunications, and public welfare for the 60- to 80-year lifetime of plant operation.

To challenge this, the U.S. needs to create strategic partnerships with its allies and overcome Russia’s hold on the nuclear export market. Historically, the U.S. has been a major player, but bureaucratic complexity and supply chain degradation have essentially removed the U.S. from the international nuclear market.

The good news, we have a strong foundation. And although the American nuclear industrial base has shrunk some, it is still the largest in the world and has strong operational and regulatory experience. In 2021, 92 U.S. reactors generated 30% of all nuclear power globally. American expertise would complement other countries in Asia and Europe with more recent construction experience and nuclear-grade supply chains. This is why strategic international partnerships must be core to a U.S.-led nuclear reactor export program. In addition to curbing Russian energy exports, a successful multi-country approach would create stronger international partnerships, allow for better financing packages, and leverage the skills and industries of our allies. Additionally, executing a comprehensive export program will benefit the economy as the global nuclear market is expected to grow to $500-740 billion in the next decade.

America’s strength is in innovation, and a new generation of smaller, advanced reactors are just around the corner: six unique, first-of-a-kind commercial reactors are slated to come online in the U.S. before 2030. Many of these nuclear developers already have various agreements with foreign nations, including Canada, Romania, Poland, Ukraine, and the United Kingdom. While these actions are critical to international deployments, they alone cannot solve the inherent disadvantages of competition with state-owned enterprises. American nuclear technology must be deployed at a scale that not only enables access to clean, dispatchable baseload energy but also relieves nations from Russian energy dependence.

Scaling up these next-generation technologies to commercialization will create options for our trading partners; however, many nations are looking for credit backing from the exporting nations. Creating a nuclear export environment in the U.S. that is competitive with state-owned entities will require legislation to enable action and a focused, whole-of-government strategy to guide that effort. Successfully accessing these markets requires international regulatory harmonization, a dependable supply chain, competitive financing, and strategic partnerships. 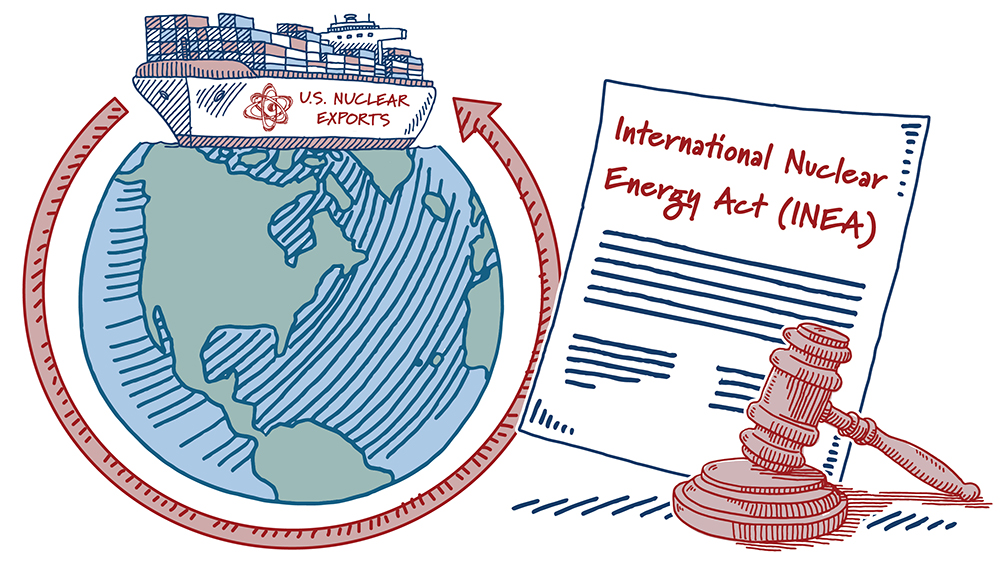 Conservative Climate Solutions on the Global Stage
November 9, 2022
Go to Top
Share
Share with FacebookShare with TwitterShare with LinkedIn
This site uses cookies: Find out more.